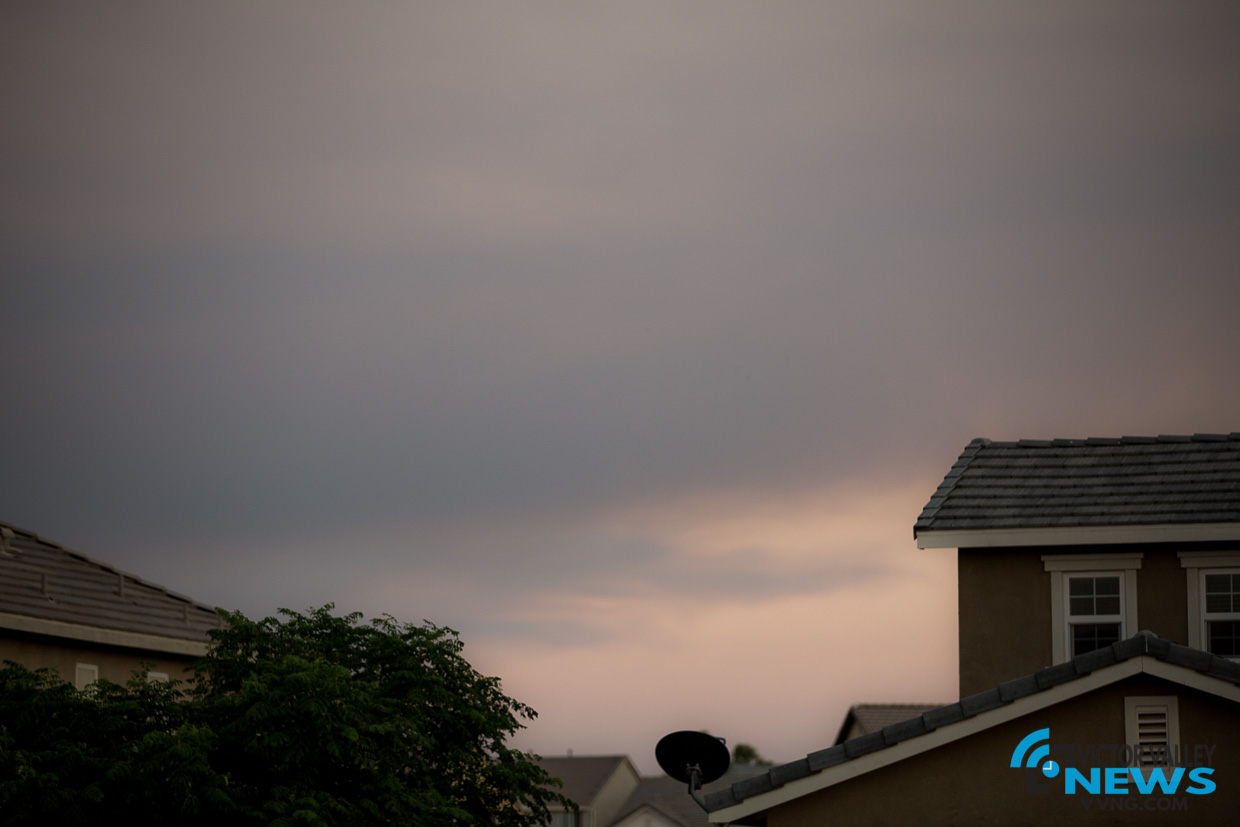 Based on wind pattern forecasts, residents could feel the effects of smoke from the Cranston Fire – burning near Idyllwild – as early as Friday morning. Smoke could again be settling in the valley late Saturday morning in Victorville before shifting east toward Lucerne Valley, Barstow and Twentynine Palms.

While the majority of the impact from the Cranston Fire will be felt in the Southern portion of the District, there is also the potential of smoke from the Ferguson Fire burning near Yosemite, which was responsible for a visible haze in the High Desert Thursday.

If you can smell smoke, then you are breathing smoke. When smoke is present residents should avoid excessive outdoor exercise or activity. Children, seniors, people with heart or lung disease and physically active adults are at greatest risk during poor air quality events.

MDAQMD urges residents to check local air quality levels by visiting www.AirNow.gov or www.enviroflash.info where you can sign up for text and email alerts with Air Quality forecasts.

MDAQMD is the air pollution control authority and permitting agency for the High Desert portion of San Bernardino County and the Palo Verde Valley in Riverside County. It’s governed by a board of 13 members representing nine incorporated municipalities and two counties within its boundaries. Visit www.mdaqmd.ca.gov or follow us on social media @MDAQMD.