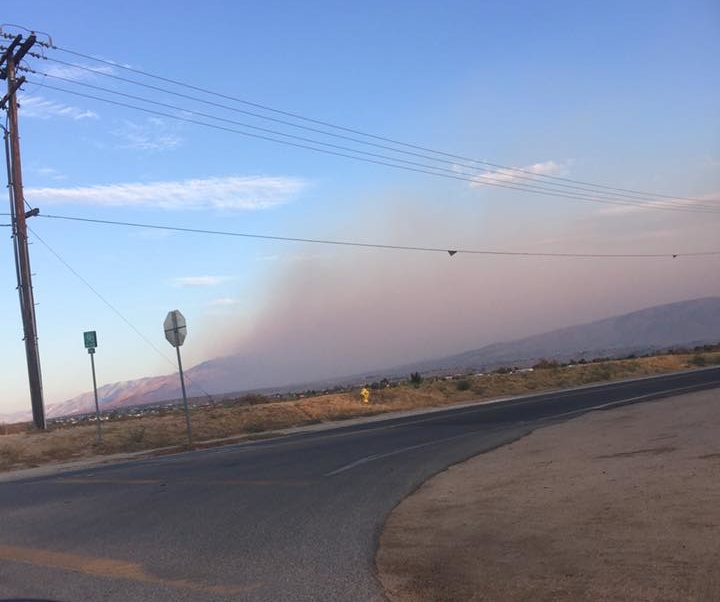 VICTOR VALLEY, Calif. (VVNG.com) The strong smell of smoke throughout the Victor Valley has residents asking themselves what’s on fire?

On Saturday evening a plume of brown smoke could be seen rising above the mountains in the area of Round Up Way and Central Road in Apple Valley.

The smoke blanketing the Victor Valley is actually coming from the Palmer Fire burning in Redlands/Beaumont near West Oak Valley Parkway and Palmer Avenue. The fire was first reported at 1:33 p.m., on September 2, 2017. As of 7:24 p.m., the Palmer Fire is at 3,000 acres and 0% containment, according to a tweet from Cal Fire Riverside.

The Palmer Fire has prompted evacuation orders for the area of Live Oak Canyon Road between San Timoteo Canyon Road and I-10 freeway.

The Redlands Community Center at 111 West Lugonia Avenue in Redlands is serving as an evacuation center.

Just to recap, we have no active brush fires burning in the Victor Valley. The smoke you are smelling is coming from the Palmer Fire. Below are a few tweets about the fire: