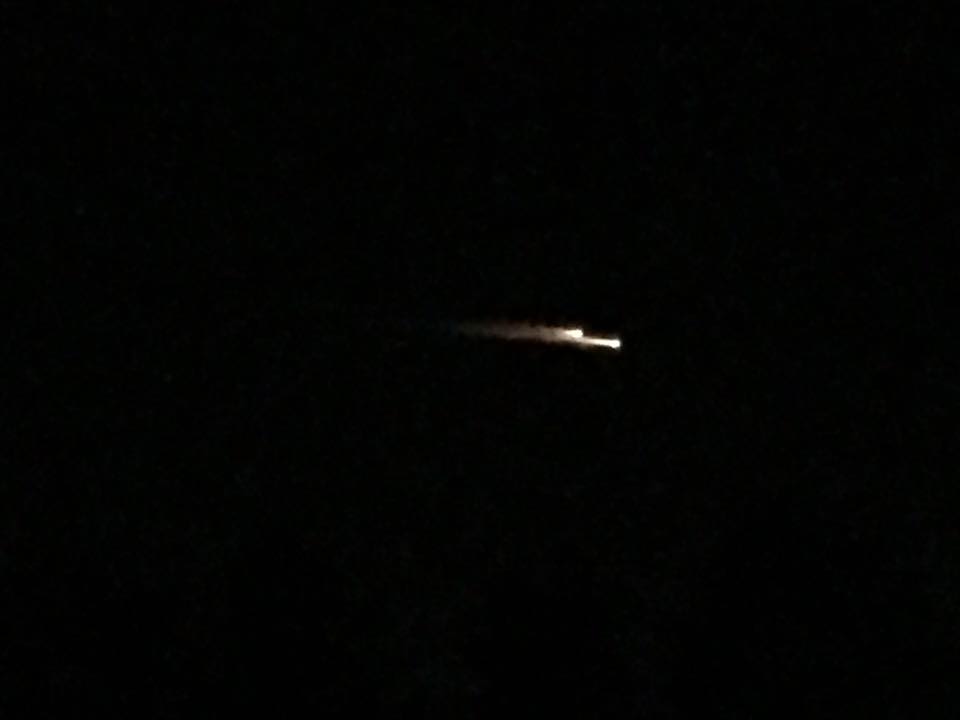 VICTOR VALLEY – At about 9:40 p.m. on Wednesday, July 27th Victor Valley News received several inquiries regarding a strange object(s) in the night sky.

Those who witnessed the mysterious object streaking across the sky describe it as a possible meteor with bright flames, flashing lights and a huge dust trail that slowly broke apart.

Other’s who witnessed the unusual occurrence described it as a possible plane or space debris.The Delta Aquarids meteor shower is expected to peak on July 28th and 29th.

According to the National Weather Service, the object in question was not a meteor but rather a piece of “space junk.” Unconfirmed reports are saying it was in fact space junk from first Chang Zheng 7 rocket, launched on June 25th.

People from all over Southern California and as far as Las Vegas, Arizona, and Utah  reported seeing it. Did you see it?

If you have any photos please email them to news@vvng.com