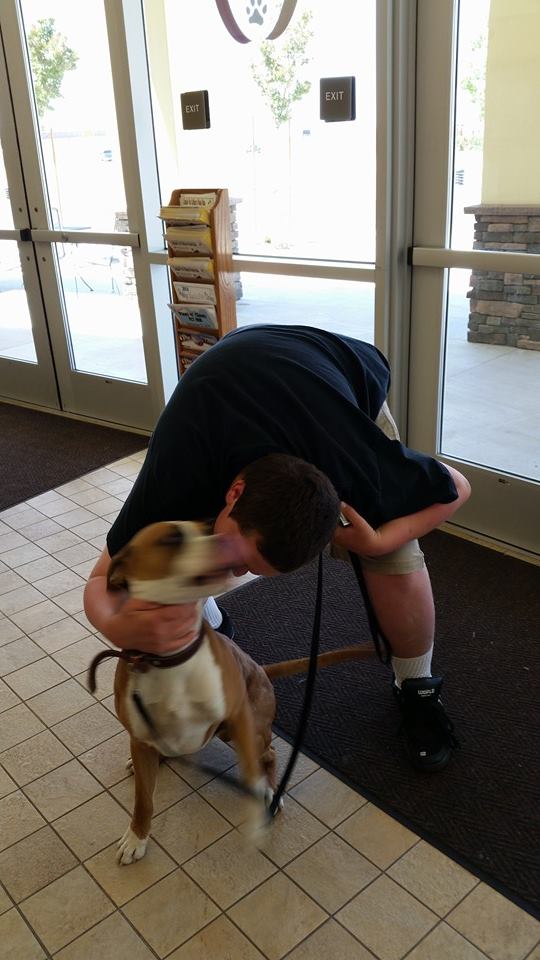 APPLE VALLEY: The Victor Valley area of the High Desert often times noticed only for the negative aspects of the news, consequently, many think the only news only consists of the unfortunate events we read about daily. There is also exceptional news and in reality it is not difficult to come by if you simply look around to notice it. The desert, as we all know, has beautiful landscape, amazing sunsets, and great off-roading locations, however, so many fail to realize that within the people is where the real beauty is held. On a daily basis someone is helping, sharing, supporting, giving and paying it forward ways that to them seem minuscule, but in the lives of others make a substantial difference.

On Wednesday, May 7th, Kelly Reedy posted about helping a woman with a donation to get “Buddy”, her dog, out of impound at the Apple Valley Animal Shelter. She was saddened that she did not have the whole amount to contribute for Buddy’s release. In the post you could clearly recognize the fact that she was sincerely concerned about the reunification of Buddy with his owners. Buddy had got out of his yard and his owner was unable to afford the fees to get him out. In the photo posted by Kelly, Buddy clearly showed sadness and fear, which animal lovers quickly noticed.

Soon after the picture and story was posted animal rescue advocates stepped forward to orchestrate the wonderful story of caring that this turned out to be. Several Victor Valley News Group members commented on the post sharing their desire to assist this woman, who was a complete stranger, to get her dog back home where he belonged. Not only was money offered, in addition, many also offered resources to assist her with the funds to have him neutered following his release from the Apple Valley Animal Shelter. In less than 24 hours the amount of $134.00 was raised in donations from the public to pay the fees for Buddy to go home.