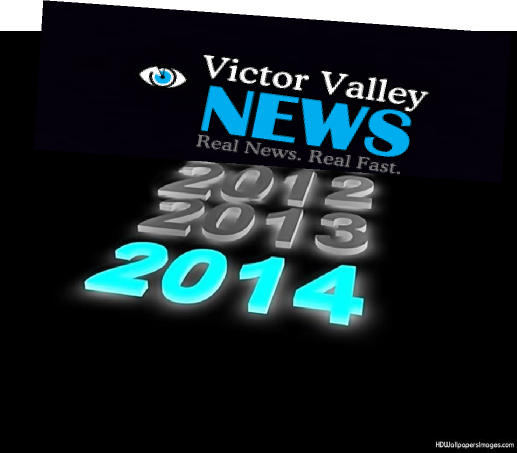 January 5, 2014
Body Found in Aquaduct floating face down by a mountain biker in the area of Ranchero Road by the Hesperia airport.
The following day, the body was discovered to be that of Ruben Albert Hubacek, 47 who had got in a single vehicle collision on December 23rd 2013. The vehicle was recovered the day the accident was reported.

January 20, 2014
Alhambra High School District Assistant Principal resigns after confronted by Victorville woman about molestation that occurred 16 years prior to the confrontation.

March 6, 2014
7-year-old Taylor Chriswell from Hesperia died after being struck by a vehicle on her way to her bus stop.

March 6, 2014
Ten children, ages 11 months old to 16 years old were removed from a home that also housed a registered sex offender. The home in the 9000 block of Chimney Rock Avenue in Hesperia was said to have extremely dirty and otherwise unpleasant living conditions.

March 11, 2014
Massive Cocaine Bust in Hesperia worth $2.3 Million. Two men were arrested after officers found nearly $2.3 million in cocaine stashed inside the sleeper of a big rig truck.

April 27, 2014
Detectives responded to a home on the 8800 block of Del Rosa Road in Phelan, where  Shirley Thompson, an female in her late 70’s was found brutally attacked and strangled. The son, Michael Thompson, presumed to be in his late 40’s, was identified as the suspect.

April 28, 2014
JP’s Liquor Store and Amargosa Smoke Shop and Mini Mart located at 14477 Amargosa Road, Victorville was raided for the sale of Spice. Various packets of the product, labeled Funky Monkey, Joker, Diablo and Scooby Snacks, were not on display at the store, but were located in the store.

May 5, 2014
Ranchero Interchange Bridge burned after high winds carried sparks from a workers torch onto the wood frame. The $60,000,0000 (60 Million dollar) project closed the freeway for over 24 hours, creating a traffic nightmare for commuters.

May 9, 2014
CHP has issued a sig alert and shut down all lanes of the northbound 15 freeway. Due to a major traffic collision involving a semi that occurred just after the Oak Hills bridge.  For unknown reasons, the semi truck transporting carrots collided into the back of another semi. The collision caused carrots and fuel to spill all over the roadway.

May 11, 2014
A fatal traffic collision claimed the lives of a family of five that included two adults and three juveniles.  Gerardo Jimenez was the driver of that Honda, Angela “Angie” Garcia, 25, was the passenger along with 3 children 9-year-old Freddy, 4 year-old Cynthia, and 2-year-old Ivan. All  5 family members died as a result of the accident. All were residents of Hesperia and lived up the street from where the accident occurred. The collision occurred on Main street and Balsam in the city of Hesperia on Mother’s Day Sunday May 11, 2014. The family was heading to Disneyland that mother’s day to celebrate, Cynthia’s 5th birthday that was the following day.

May 23, 2014
Elliot Rodgers, 22-years-old, and son of, Peter Rodgers, assistant director of a Hunger Games film went on a rampage through UC Santa Barbara and surrounding areas killing 7 and injuring 13.

June 14, 2014
Victorville mother, Silvia Guzman gives birth to Baby Austin, weighing 6 lbs. 14 oz. on the 210 freeway on their way to the hospital.  Baby Austin came with his dad driving and his two big brothers in the backseat of their Nissan Altima.

June 22, 2014
Inmates 22-year-old Brian Kountz and 49-year-old Robert Ferguson were found murdered and hidden under the bed at the Federal Bureau of Prison complex in Victorville. The two were found after a routine prison count that came up short, initiating a cell search, which lead to the discoveries of their bodies.

June 24, 2014
Accident near Highway 138 near the 15 freeway onramps kills two local teens and severely injures three others. Five friends were heading to the beach when a 80,000 pound, 3-axle dump truck loaded with a fresh load of concrete lost its brakes as it was exiting the southbound 15 freeway then crossed through an intersection and struck a PT Cruiser that was traveling westbound on Highway 138. The truck then carried the car down an embankment subsequently crushing the vehicle before coming to a stop on top of the vehicle in the parking lot of a Shell gas station. 18-year-old Nicole Brittany Lyle and 16-year-old John Cabrera died as a result of the accident. The three other passengers, 15-year-old David Castaneda, 20-year-old Mikey Baker, and 19-year-old  Shane Gretzner were transported to Arrowhead Regional Medical Center with severe injuries.

June 25, 2014
Officer Involved Shooting Leaves Murder Suspect Dead. The Apple Valley incident was caught on tape as several driving through the area watched in fear as the shooting took place ultimately leading to the death of the murder suspect.

June 29, 2014
Micro-preemie, Baby Decklen lost his fight for his life on Sunday, June 29th due to a heart blockage, causing his heart to stop. “They tried for an hour to save him, but sadly nothing worked. He fought so hard, I am truly blessed to be his mother. My sweet boy touched so many hearts and we couldn’t be more proud. He fought a huge battle that I wish he could’ve won,” said Carrie.

July 15, 2014
14-Year-Old and her 1-Year-Old Daughter Missing after seven days of searching the mother of a 14-year-old Indio reached out to Victor Valley News. The mother had suspected that the girl was with an adult male in Victorville and had provided a photo, mentioned his name and where she believed he had worked. Within minutes of sharing the story, Victor Valley News readers had said they had recently seen the man and the girl was returned home shortly after.

July 16, 2014
Pilot Customers Getting More Than They Bargained For Pilot in Oak Hill paid for the vehicle repairs of several customer vehicles after fuel damaged them. Many reported their vehicles stuck in several different areas. Some vehicles were left on the freeway, while others made it to their destination, but were unable to start their vehicle to leave.

July 17, 2014
Electrocution of Apple Valley resident 23-year-old, Daniel James Pohl  shocked many. The young father just had recently started his job and lost his life on a job at Mission Viejo High School when he was electrocuted by a wire when hanging a banner.

July 22, 2014
Substitute Teacher Arrested for Sex Crime with Juvenile During a suspicious vehicle check, a deputy found a 40-year-old male and a female juvenile inside the vehicle engaged in sexual activity. The male, later identified as 40-year-old Rakshannah Ranney, from Apple Valley and a 16-year-old female juvenile, also from Apple Valley were transported to the Hesperia station.

August 5, 2014
Pedestrian Struck and Killed on 15 Freeway Howard Anthony Wedderburn, 39, of Las Vegas, was identified as the man killed Tuesday morning in a hit-and-run car accident on the southbound Interstate 15 Freeway between Nisqualli and Palmdale Road. The man pulled over the vehicle to check on a sound the vehicle was making and got hit by a big rig while on the side of the freeway. The man’s wife and two young children witnessed the fatal accident that not only killed but decapitated their loved one.

August 8, 2014
Beginning of “Cajon Crawl”. These were mile long closures each weekend from Hwy 138 to Oak Hill Road. The 65 hour long closures from Friday at 10:00pm until 3pm on Monday for several weeks caused a traffic nightmare for commuters.

August 12, 2014
Victorville Man Dies After Being Tased Due to Resisting Arrest 36-year-old Dante Parker from Victorville died while in custody at a local hospital after a taser was used by Victorville Police to subdue the man.

August 15, 2014
Police have arrested Adrian Toriz, a 28-year-old campus assistant at Ranchero Middle School who is also a walk-on coach at Sultana High School for committing lewd acts on a child and penal code 288(B)(2) – oral copulation. Suspect plead not guilty on all charges, currently being held at the Adelanto Detention Center. A pre-preliminary conference is scheduled for 1-08-2015.

August 17, 2014
Robert Limon, from Helendale was found dead at a Tehachapi BNSF industrial building where he had worked.

August 29, 2014
Six Children and Over 60 Animals Removed From Residence.

September 11, 2014
The players of Victor Valley College football team had just finished practice when they returned to find that their locker locks had been cut. The thieves got away with cell phones, credit cards, wallets, ID’s, Keys, cash and all of the other contents of the approximately 60 lockers, only four left untouched.

September 21, 2014
Happy Ending for a Man Searching for His Birth Mother. Sean Gosney located his birth mother with the help of Social Media.

September 17, 2014
Scorched Hands Lead to Coach’s job Going up in Flames. Coach required vollyball players to do an on ground drill in high temperatures causing burns to hands of the Jr. Varsity team members of Oak Hills High School.

October 1, 2014
Deputies received a call at 8:09 A.M. on October 1, 2014 that the body of a deceased baby girl was found mixed in trash by Advance Disposal employee.

October 2, 2014
SB 1159 signed into law by Governor Jerry Brown. Requires all 40 licensing boards under the California Department of Consumer Affairs to consider applicants regardless of immigration status by 2016.

October 13, 2014
Phelan Man Wanted for Attempted Murder. Monday, October 13th, 2014 at approximately 7:58 p.m., deputies from the Apple Valley Police Station responded to a business in the 21500 block of Bear Valley Road reference an attempted murder. The suspect identified as 53-year-old Jose Pinella III, a resident of Phelan had been involved in a prior dating relationship with the female victim and had found out she was now dating someone new. The suspect Jose Pinella showed up at the victims work and used the butt of the shotgun to break out the glass door which was locked. He entered the business and fired approximately 4 to 5 rounds at the female victim and her male friend.

October 15, 2014
Daughter of Fire Chief Dies in Phelan Accident 18-year-old Allison Diane LaVogue, a resident of Wrightwood lost her life following a traffic collision at the intersection of Beekley Road and Nielson Road in Phelan.

October 20-21, 2014
Inmates File Lawsuit Against Deputies For Mistreatment. Over 6 months into the investigation ordered by Sheriff John McMahon, regarding the mistreatment of West Valley Detention Center inmates four deputies were placed on paid administrative on October 20th and October 21st.  Prior to that, of April 8, 2014, three deputies assigned to the West Valley Detention Center are no longer employed by the Sheriff’s Department.

October 22, 2014
Daily Press Pressman Dante Parker Cause of Death Released. The incident where the 36-year-old man died after being tased captured the thoughts of many not only in the community, but nationwide. Some took to the belief was a racially motivated police brutality and others patiently waited for answers as the autopsy was conducted. The cause of death was determined to be acute phencyclidine (commonly known as the street drug PCP) intoxication with a noted significant condition of hypertensive cardiovascular disease. The manner of death was determined to be accidental.

October 29, 2014
Loss of the Historical Atolia District Union #1 Mine.

November 20, 2014
San Bernardino Mother Gives Birth as her other Two Children Die in a House Fire.

November 26, 2014
Boy Assaulted and Thrown into Fireplace by his Uncle.

December 10, 2014
Jury Decision Made on Couple Receiving Food Stamps Starving Children. A jury found a father and his girlfriend guilty today of torture and child abuse for starving his two children and physically abusing a third. Erik Austin Flores, 30, and Mariah Rita Sugg, 23, both of Hesperia, face 20 years to life in state prison when they are sentenced January 8 for their roles in starving Flores’ children, ages 4 and 5, when they were removed from their home earlier this year.