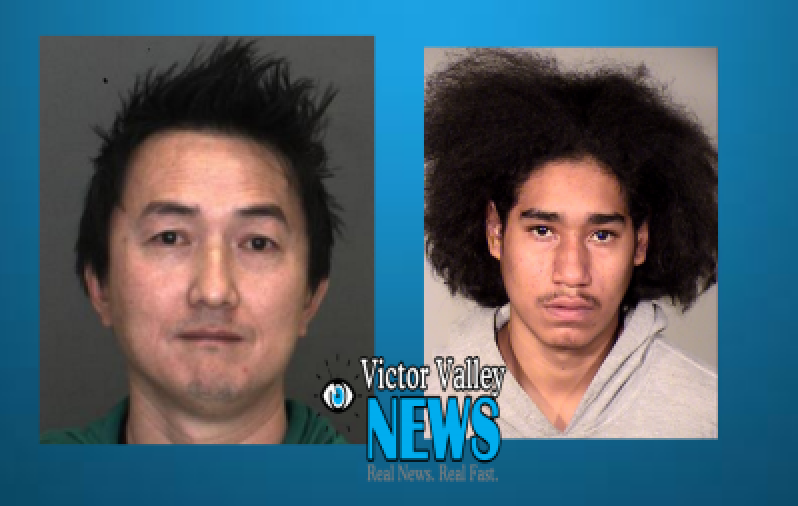 OAK PARK -(VVNG.com):  In a city less than 10 miles from Thousand Oaks and over 100 miles from the High Desert two Victor Valley residents were arrested in connection with a recent burglary at a High School campus. On the morning of November 18, 2015, just hours before staff and students were to arrive, two men broke a window in order to gain entrance to the school computer lab.

One of the two identified now as, 20-year-old Steven Rabb along with an accomplice took 17 Apple iMac computers with 21.5-inch monitors from the lab. These computers, according to school staff stores student assignments, graphic designs, and portfolio information. The staff also told detectives that academic information stored on these computers was not retrievable and represented the loss of an enormous amount of work by the students. The crime was captured on the school’s video surveillance.

Suspect Steven Rabb of Victorville was first to be positively identified through investigation and evidence obtained from the scene. On December 29th, they located Rabb and served a search warrant at his home. During the search, they found evidence that implicated Raab in the burglary. He was arrested and booked into the Ventura County Jail for burglary.

Further investigation led detectives to a computer repair shop and residence in Apple Valley on January 4th. Detective obtained a search warrant and upon searching they located computers from Oak Park High School as well as other stolen from crimes in various other counties. The store owner, Laurence Fon an Apple Valley resident was subsequently arrested and booked into a San Bernardino County jail for possession of stolen property.