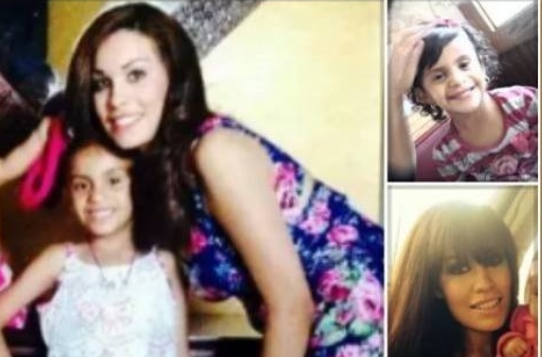 (VVNG.com)- 24-year-old Facunda Velenzuelaleon and her 5-year-old daughter, Dayanna Valencia were found strangled to death in their home on Tuesday, July 8th. The suspect in the murder was the husband of Facunda, Angel Albertico Morales-Larranga, 24. The suspect shared the residence with Velenzuelaleon, her daughter from a previous relationship and two other younger daughters. Prior to the murder taking place in the Tullamore Commons Apartments located in Post Falls, Idaho, Angel took the two girls, ages 1 and 3 years old that the couple biologically shared to a friend’s home.

Morales-Larranaga reportedly went to a friend’s house and told her that he had strangulated his wife and daughter. He told her that he had to kill the 5-year-old also because she had started hitting him to stop him. His friend then called the police who arrested the suspect, who had self-inflicted wounds to his wrists, while he was driving away from her home. The police report states that when asked about the wounds Morales-Larranaga said,  “it would be best if he took himself out of this world”.

The bodies of the victims were found in the home the family shared shortly after the arrest. Venenzualaleon was found laying on the bed with bruising and swelling to her head and face. 5-year-old Dayana’s body was found with an electrical cord wrapped around her neck and had cut marks on neck, chin and throat. The motive in the murder was believed to be that Velenzuelaleon allegedly had recently told him that she had an affair during a recent California trip.

Angel is being charged with two counts of first-degree murder and is being held on $2 million bail. His first appearance after the arrest was on the afternoon of July 9th. He appeared via video from jail and spoke through an interpreter. Morales-Larranaga will be using a court appointed attorney who was present for his arraignment. The defendant was asked if he understood the charges and possible penalty of life in prison or the death penalty, which he replied that he did. The preliminary hearings will be held in 2 weeks.

Facunda Velenzuelaleon, maiden name Facunda Valenzuela, attended Del Rey Elementary School, Victor Valley Jr High and graduated from Victor Valley High School in 2008. According to friends she was always smiling and very friendly. The family is in need of donations at this time, they have a fund set up to help transport the bodies of Facunda and Dayanna, to transport her other two living daughter’s to her family and to help fund the memorial services.