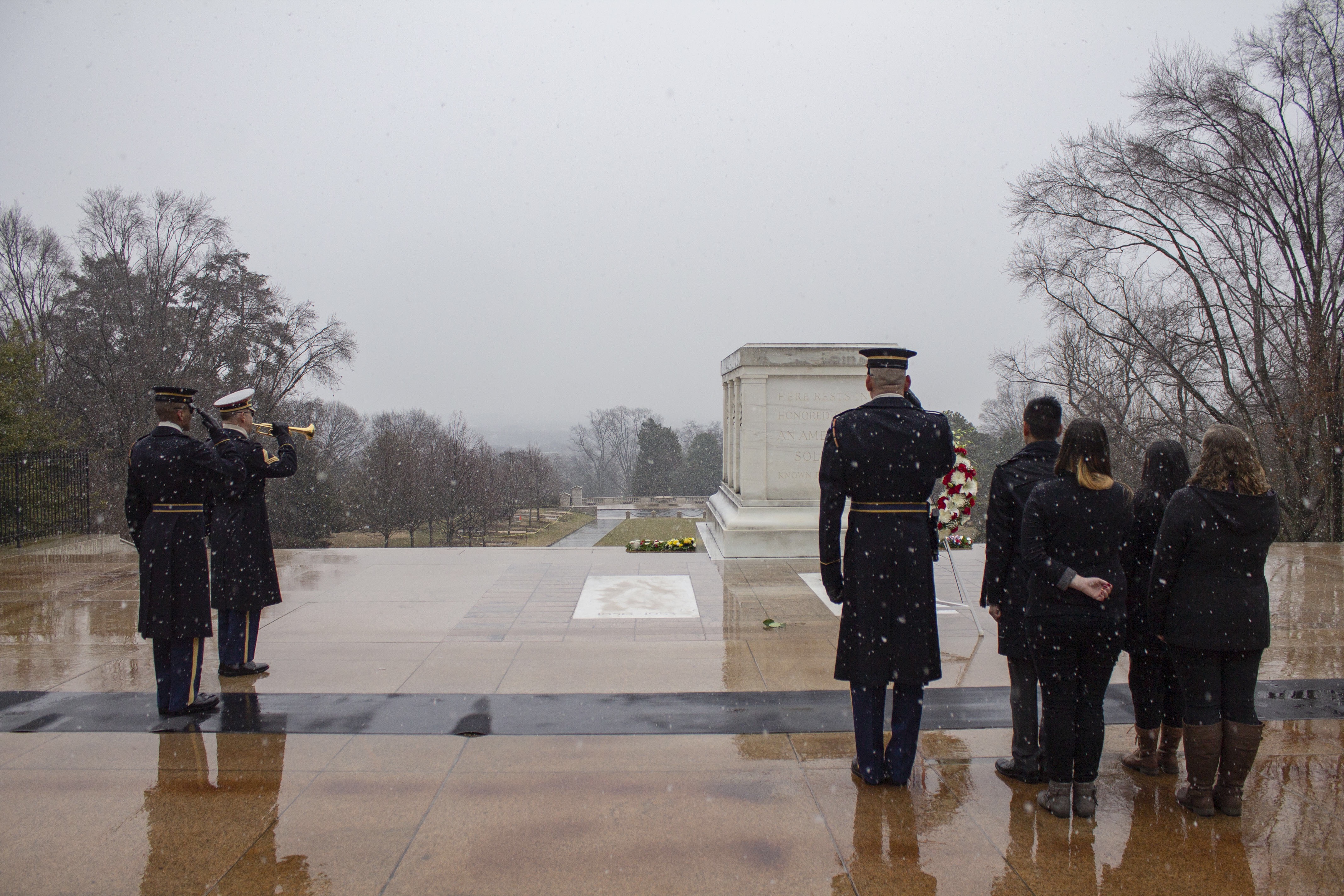 Scott presented “You Can Do It All: Dreams vs. Reality = Balance,” which discussed the difficulties student leaders face and how their goals can be achieved through careful planning and dedication. This presentation was one of the most well-attended at the conference, with more than 75 seats filled and additional students standing in the back to hear Scott speak on what she’s learned about balancing responsibilities with mental and physical health.

“It was exuberating for me to get to help make sure that all students feel empowered,” Scott said. “I know that if I can do it, everyone else can too, so I’m all about building people up.”

Davis listened to the students talk about the importance of the Pell Grant and the reauthorization of the Higher Education Act, which involves the Deferred Action for Childhood Arrivals (DACA) policy, the Development, Relief and Education for Alien Minors (DREAM) Act, and funding for Federal Work-Study programs.

ASB Secretary Kimberly Aguilar said that they “connected really well” with Davis during the meeting, noting that both Davis and the majority of the students were in tears while sharing their personal stories.

“There was so much raw emotion, so much honesty — it touched with him personally,” Aguilar said. “(I talked about how) going to college meant a lot to me because of what my mom went through immigrating to the U.S. (from Mexico) … She worked so hard for me and my brother to get an education.”

The group also had the opportunity to meet with Congressman Paul Cook and several of his office staff members for dinner.

“As a former college professor, I really enjoyed getting to spend time with these bright students who had so much to share,” Cook said. “I was able to share and discuss with them how things currently stand for many of the issues that they care about. I was also intrigued listening to their desired career trajectories and feel very enthusiastic about their futures.”

ASB Sciences Senator Alize Young said meeting with Cook, who he said was “very relatable,” was his favorite part of the entire trip.

“He made it clear that they care and that they’re willing to make changes if we fight for it,” Young said. “He told us, ‘leadership chooses you; you don’t choose it.’ That stuck with me.”

The tenacity exhibited by the students while meeting with elected officials was balanced by their humble service demonstrated during a volunteer activity cleaning up litter addressing the area between the Lincoln Memorial and the World War II Memorial.

Additionally, the group participated in a somber wreath-laying ceremony for Victor Valley College at Arlington Cemetery, during which four ASB council members presented a wreath at the Tomb of the Unknown Soldier, where all those that are “known but to God” are ceremoniously grieved for and honored as members of the U.S. Armed Forces.

Nicole Fox, ASB’s Foundation representative and one of the four ceremony presenters, said the honor was one that she will never forget.

“I now understand more than ever why the soldiers that patrol before the Tomb of the Unknown will march through hurricanes for their unknown brethren. It is out of and loyalty that I can never hope to know the depth of,” Fox said. “Though it was for only a fraction of the time that these soldiers stand for, the weight of the responsibility sat heavy upon my heart.”