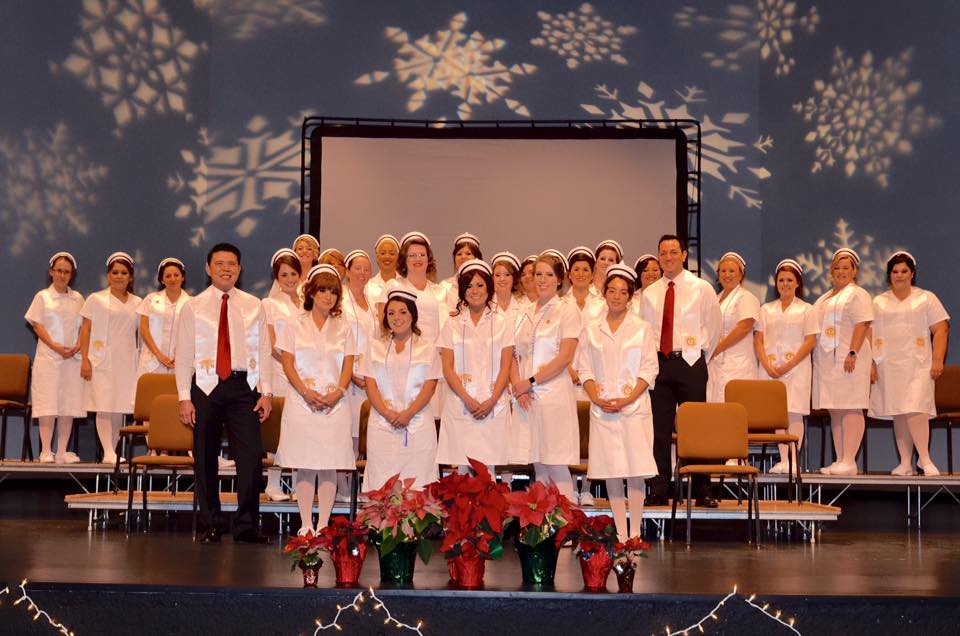 “It took a great deal of courage to take our first step in this journey. We made great sacrifices to pursue our dreams to become registered nurses, let us remember the many people in our lives who encouraged us to soar,” Kho said.

Renate Longoria, Interim VVC director of nursing, explained the symbolism and meaning, “The Candle Lighting and Pinning Ceremony is over a hundred years old with some roots that trace back to Florence Nightingale, who was influential in establishing compassionate healthcare. Giving personal care during the night time to the wounded soldiers during the Crimean War she became known as the lady of the lamp because of her dedication and compassion. The shining light is symbolic of the care and devotion of nurses everywhere. Therefore, with the lighting of the candles tonight we will pass on to our graduates to be compassionate, empathetic, and safe when caring for their future patients.”

The College’s program is among the nation’s elite. The last class of nurses to graduate received a 97 percent pass rate on the NCLEX licensing exam; while the state average is an 88 percent passage rate.