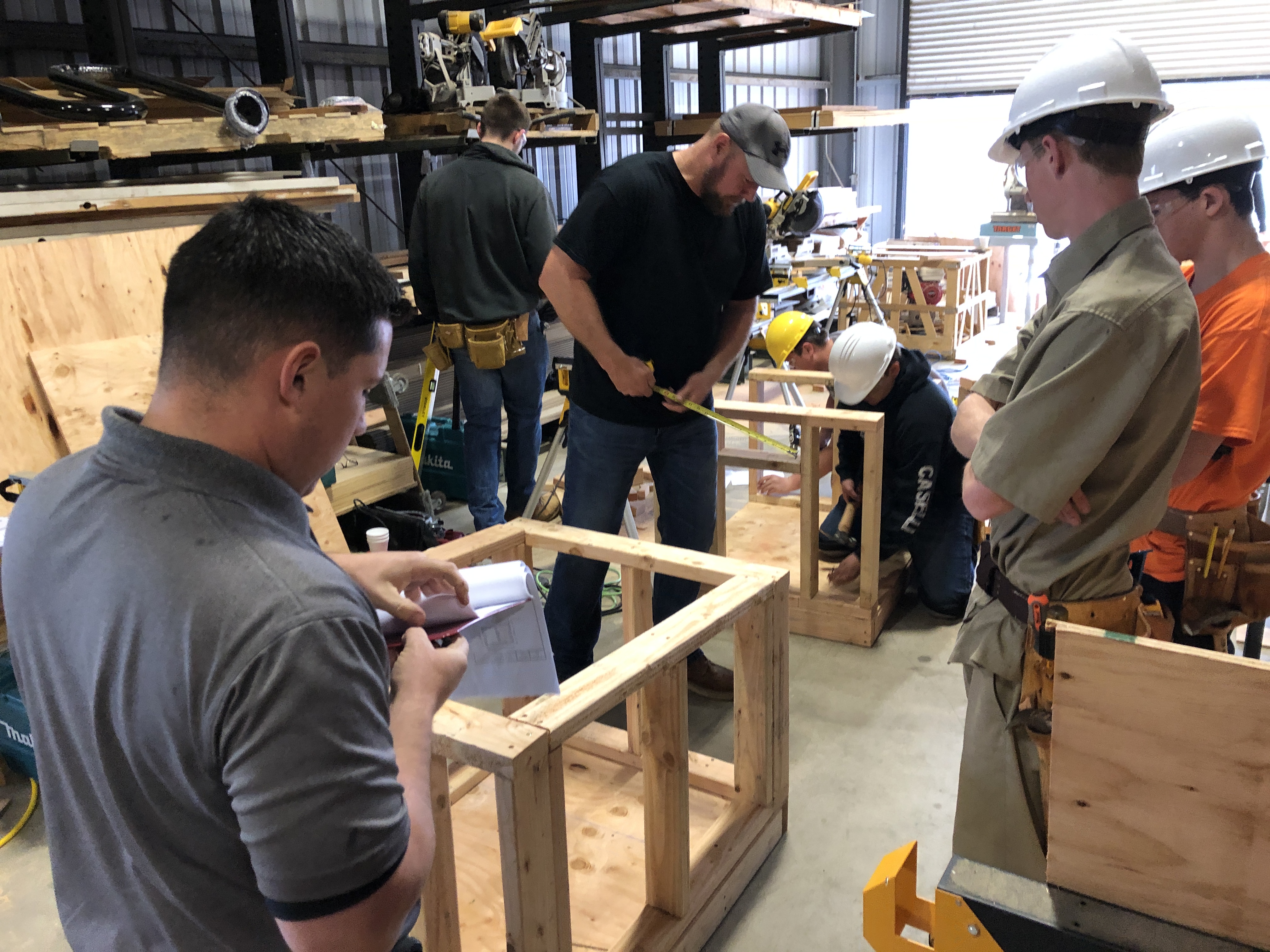 The Construction and Manufacturing Technology program prepares students for various positions in the construction field, including the opportunity to become self-employed.

The goals of the high school-level building competition were to spread awareness of the opportunities available at VVC and to show how much fun it can be for students who are striving to work in the field of construction, according to Construction Technology Department Chair Anthony Bonato.

“We included some of the alternative schools this year as well, (such as Alta Vista Innovation and Chaparral high schools). A lot of kids in the area are not aware of the programs we offer,” Bonato said. “The goal for us is to be a launching pad between high school and career.”

About 65 students participated from high schools across the High Desert for a total of 18 teams. All were enrolled in Career Technical Education (CTE) courses in their high schools. The competition required each team to be creative and work together to build a sturdy dog house.

During the competition, held in the Construction Technology building, the sounds of nails being hammered and power tools cutting through wood took over VVC’s lower campus. The students wore clear safety glasses and tool belts, displaying determination as they worked to build with both speed and accuracy.

The students demonstrated teamwork throughout the competition. For instance, one team member would hold a piece of plywood down while another would hammer it into place.

“They’re applying what they have been learning in class,” said Barstow Unified School District CTE Coordinator Carrie O’Neil. “They’re practicing great career skills that they can take with them.”

After several busy hours filled with sawdust, the teams had created 20 dog houses.

“It’s about getting the kids exposure to the construction side of things and making that link between high school and college,” Sultana CTE teacher Kurt Chapman said. “They get to see how they teach at the college level.”

Despite the pouring rain that Wednesday, a barbeque was held after the competition to commemorate the coming together of local high schools and VVC for the third annual year.