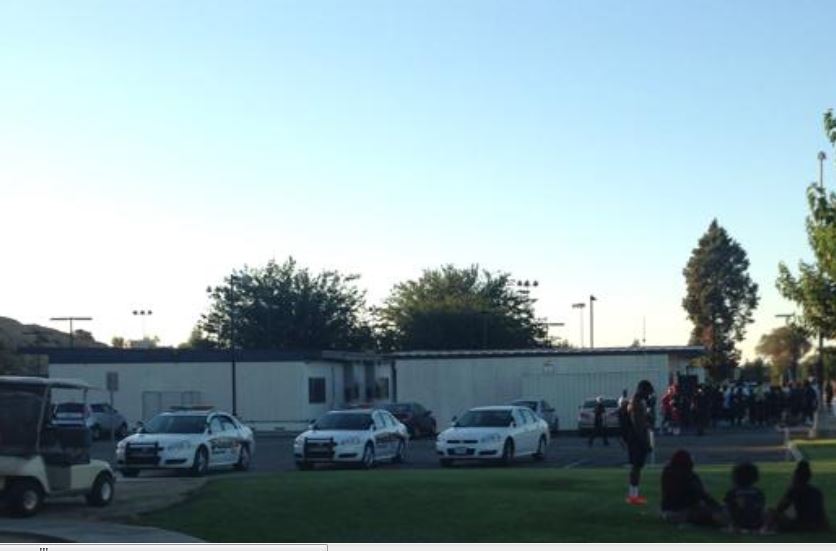 VICTORVILLE:(VVNG.com)- The players of Victor Valley College football team had just finished practice when they returned to find that their locker locks had been cut. The thieves got away with cell phones, credit cards, wallets, ID’s, Keys, cash and all of the other contents of the approximately 60 lockers, only four left untouched.

Being that the theft was from a locker room there were no cameras to catch the robbery. “All the football players were on the field practicing at the time as well as the coaches so the locker room was left completely unattended,”said VVC student, Cameron Shynovick.

The theft took place sometime during their practice that started at 3:30 p.m., on Wednesday. “It happened at around 6:30 when I left the automotive building to take my break I heard yelling a couple of people on upper campus reported seeing a group of African-American students running through the cafeteria with sports bags at about the time of the robbery,”added Shynovick.

It is believed approximately $2,000 in cash was stolen from wallets plus other items of value.  “I saw them running with sports bags coming from the down stairs were the football field was and the janitor ran to the office because of course all staff was notified to keep an eye for any suspicious activity,” mentioned Monique Velazquez. The football locker room is located between the gym and the tennis courts on the lower campus, the cafeteria is located on the upper campus.

This is not the first incidence of this type of crime. “This happened last year at several colleges and they’re back again since they know it’s football season. Pierce college was hit earlier this week after getting hit last season. Chaffey was hit last season too so they’re being extra vigilant,” mentioned Marie Rodriguez.

The incident is currently being investigated by the Victorville police department. If you have any information to help identify those responsible for this theft please contact them at: (760)241-2911.