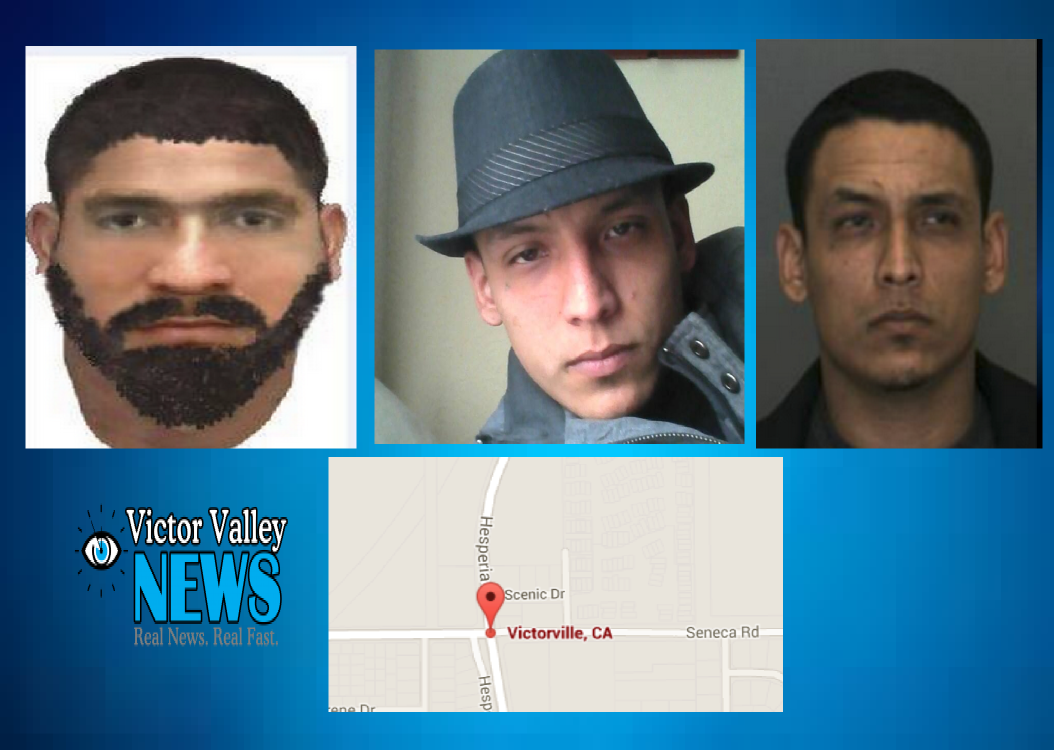 VICTORVILLE-(VVNG.com): Victor Valley residents were on edge following the late January attacks against Victor Valley College Students and one on attack of a young woman walking on Amargosa Road near Ashley Furniture. The part that was most alarming is that this man, was still walking amongst residents and would likely be compelled to attack again. The victims, two females and one male from the January attacks, were all able to fight the attacker off. All three victims were all believed to have been attacked by the same assailant.

The Hispanic Male adult, described by more than one of the victims to smell like a wet dog, was believed to be in his 30’s-40’s, 5’6-5’11 with a weight of approximately 170 pounds. All of the victims described the at large assailant as having a beard.

In a strange turn of events, a traffic collision occurred in the late afternoon of Tuesday, March 24th. Victorville Sheriff’s deputies were dispatched to a minor two vehicle, non-injury traffic collision in the area of Hesperia Rd. and Seneca Rd. The vehicle’s plates were ran by deputies as part of the accident investigation. After running the plates deputies discovered that one of the vehicles had plates that did not match up with the vehicle make and model.

The mismatched plates and vehicle, caused deputies to search the vehicle, leading them to other evidence that matched the driver to the suspect in a case of recent indecent exposure to several teens in the Victorville area. The driver, later to be identified as 26-year-old Victorville resident David Adaberto Vargas was arrested at the scene, without further incident.

Vargas drove a 2001 white Chevrolet Malibu four door sedan with license plate 7ENL446, and later drove a 1996 black Nissan Maxima four door sedan with the same license plate. Upon further investigation, Vargas was also linked as a suspect to the assaults that took place at both Victor Valley College and on Amargosa near Ashley’s Furniture between January 20th-January 27th.

“Prior to the vehicle being towed an investigation determined it was in fact the vehicle we were looking for, but with a different plate. Evidence inside of the vehicle also makes him a suspect to the VVC assaults,” said Victorville Sheriff’s Public Information Officer, Sergeant David Burgess.

Vargas was arrested on March 24, 2015 for multiple counts of annoying and molesting children with a prior conviction, and was booked into the High Desert Detention Center in lieu of $350,000 bail. Vargas was present, via video for an arraignment hearing on Thursday, March 26th, in which he pleaded not guilty to all charges.

At this time he is a suspect in the Victor Valley College attacks due to evidence collected from his vehicle. At this time formal charges are still pending.

It is believed that Vargas committed similar acts that were not reported. Anyone with information regarding these assaults is asked to contact the Victorville Station, Detective Gardner at (760)241-2911. Callers wishing to remain anonymous are urged to call the We-tip Hotline at 1-800-78-CRIME (27463) or you may leave information on the We-Tip Hotline at www.wetip.com.