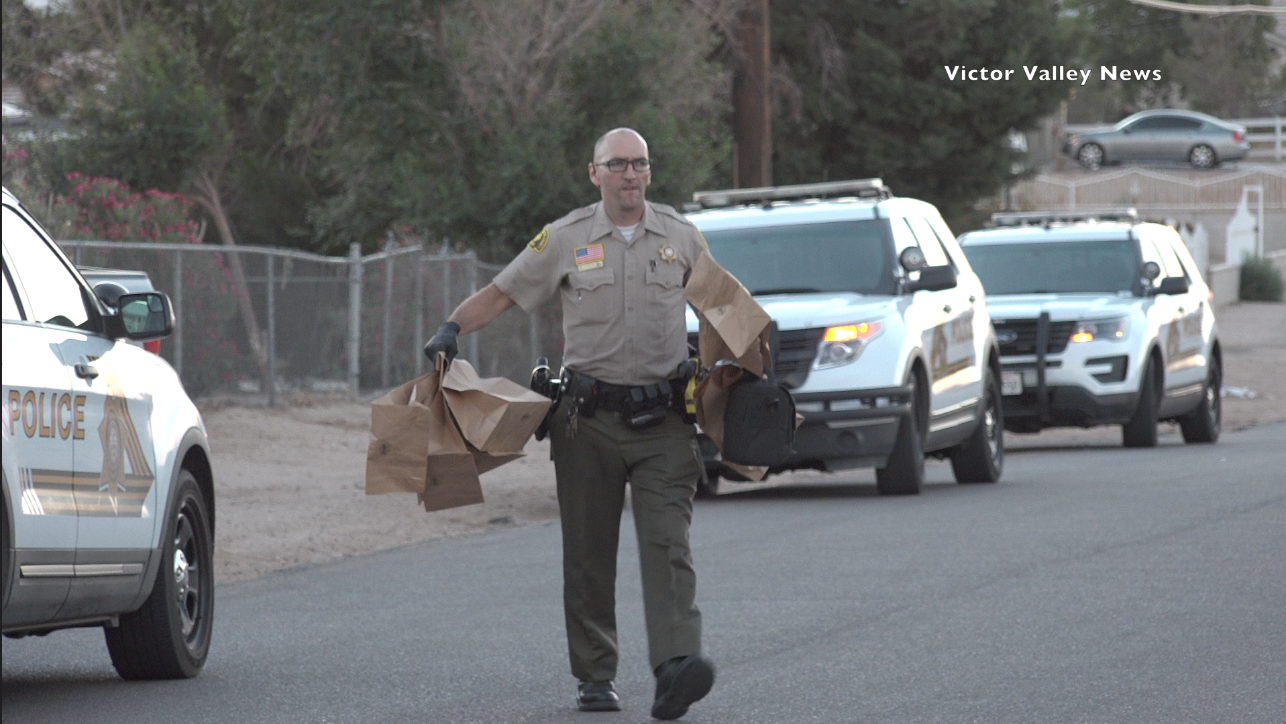 UPDATE 6/21 @ 8:30 AM – According to the Hesperia Sheriff’s Station CHP Officers in the West Covina area located the stolen vehicle parked in front of a residence shortly after 5:00 a.m. “Several male subjects were near the vehicle and fled on foot when they saw the officers approaching. Officers detained one male,” stated authorities.

At around 3:40 am, deputies responded to the home in the 15000 block of Sycamore Avenue.

Victims say four armed suspects forced their way in after kicking out a living room window and tied up everyone occupying the home.

An ambulance was requested to respond as a precaution, but no medical aid was needed for the victims.

After ransacking the home, the suspects fled in a blue Chevy Suburban that belonged to one of the victims. It’s unknown what other property the suspects stole from the residence.

The suspects were described as Hispanic male adults wearing black clothing, but no further description was immediately available, as authorities at the scene remained tight-lipped.

Detectives are currently at the residence collecting evidence and dusting the home for fingerprints.

Anyone with information is urged to contact the Hesperia Station, Detective Division at (760)947-1500. Callers wishing to remain anonymous are urged to call the We-tip Hotline at 1-800-78-CRIME (27463) or you may leave information on the We-Tip Hotline at www.wetip.com.