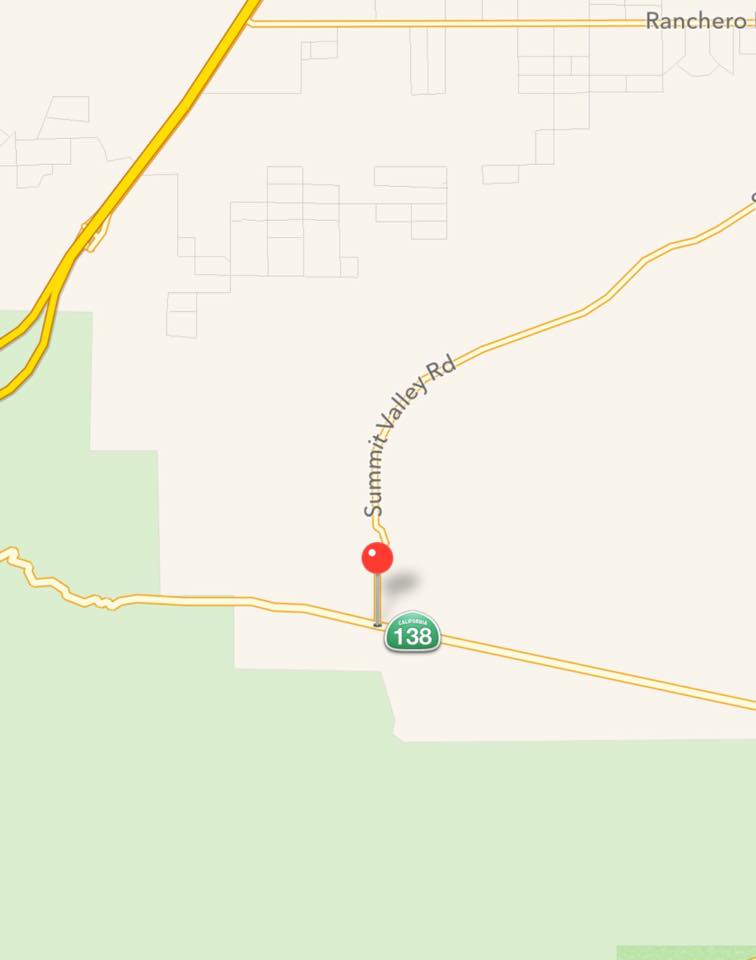 “I came up right after it happened. There were many people who were trying to help.” (photo by Melissa Rojo)

HESPERIA:(VVNG.com)-  According to CHP incident logs, a vehicle rollover was reported on Thursday, March 5, 2015 at 3:15 P.M., on Summit Valley Road approximately two-miles from State Route 138.

For unknown reasons a red Chevy Monte Carlo rolled over trapping an 18-year-old male underneath. An air-ambulance was requested to transport the patient to Loma Linda University Medical Center.

Authorities stated the teen, was wearing his seatbelt at the time of the crash suffered critical injuries but was reported to be in stable condition.

Firefighters used specialized airbags in order to lift the vehicle and remove the partially ejected teen from underneath the vehicle.

An additional unit was requested to assist with traffic control due to Summit Valley Road being blocked.