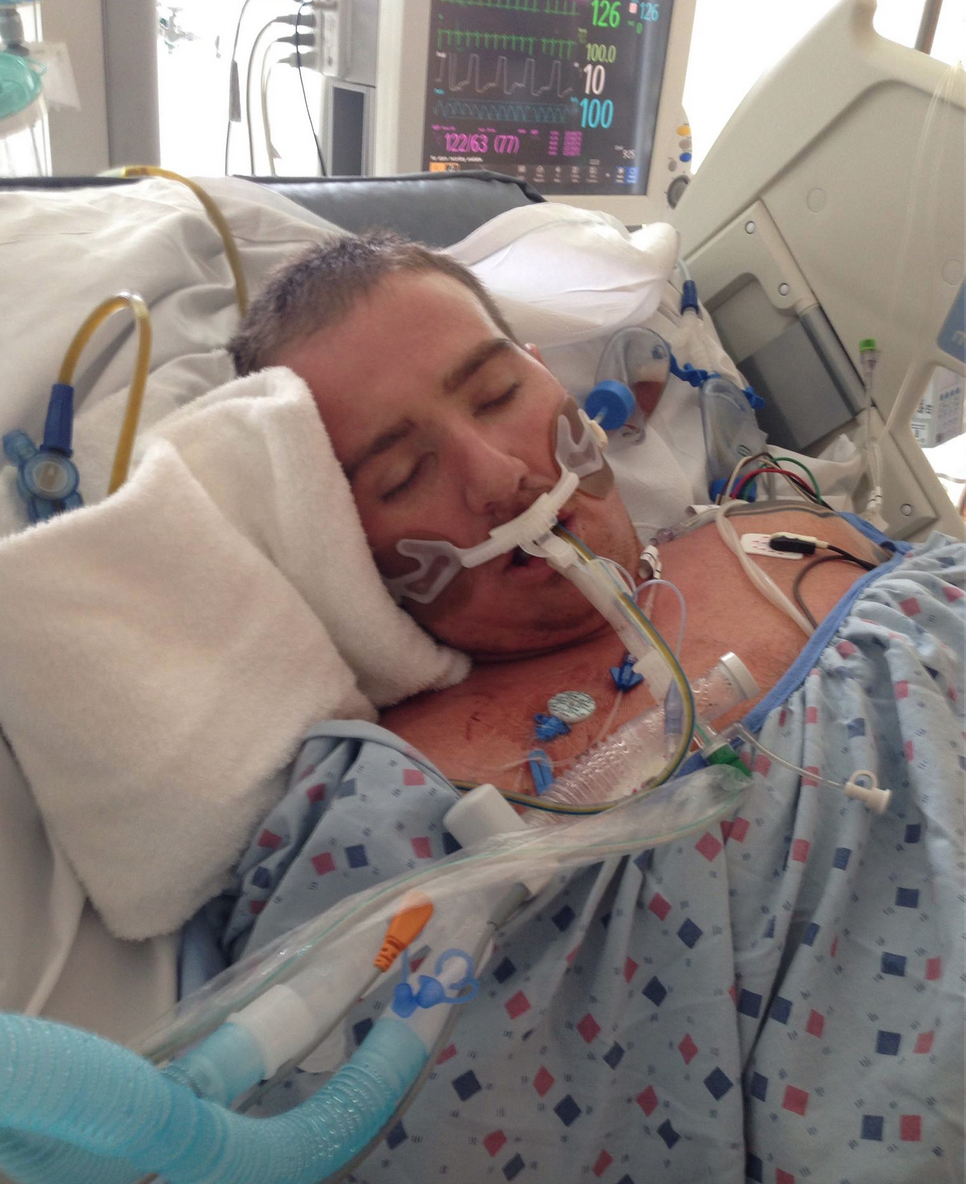 VICTORVILLE-(VVNG.com): A family is devastated following a Saturday, May 30th stabbing leaving the family patriarch in critical condition. Four days later, his condition has taken a turn for the worse and the victim is now fighting a battle for his life. His stomach wound is still open, because of the severity of the infection has caused severe swelling to the area.

The wounds were to his intestines, which were repaired, but this and other treatment did not stop the spread of infection. He is now suffering from Kidney failure and liver is not functioning at this time.

“He told me before he got sicker on Monday maybe he should of just went home. He wanted to go home to die” said wife, Amber Hilton.

On the night of the stabbing the man went on an outing with his daughter to collect discarded food to use as pig feed. When they re-entered the vehicle, belonging to his hard-working daughter, a man who was believed to be a transient threw rocks at her vehicle near the Starbucks located on the 15600 block of Roy Rogers Drive in Victorville.

The victim got out of the vehicle to find out why rocks were being flung at the vehicle and as he approached the suspect, he was stabbed three times in his lower abdomen area. The adult daughter, that was accompanying him that night was stunned with what had just occurred.

The victim got into the driver’s seat and according to his wife, took himself to Victor Valley Global Medical Center and he was airlifted to Arrowhead Regional Medical Center for emergency surgery.

The suspect was arrested and booked at the High Desert Detention Center for Assault with a Deadly Weapon.

The family that has already faced financial setbacks with the recent premature birth of the couple’s first grandchild now in order to be by the side of her husband Hilton has even more expenses. Not only are there some transportation difficulties, but the cost of transportation and eating away from home is taking away from what would be rent and bill money.

The family is thanking the community for their help through not only prayers, but also a couple of deliveries of food. If anyone would like to assist this family with this unexpected tragic event and the additional expenses that come from it donations can go  through paypal, payable to:  amberhilton22@gmail.com.