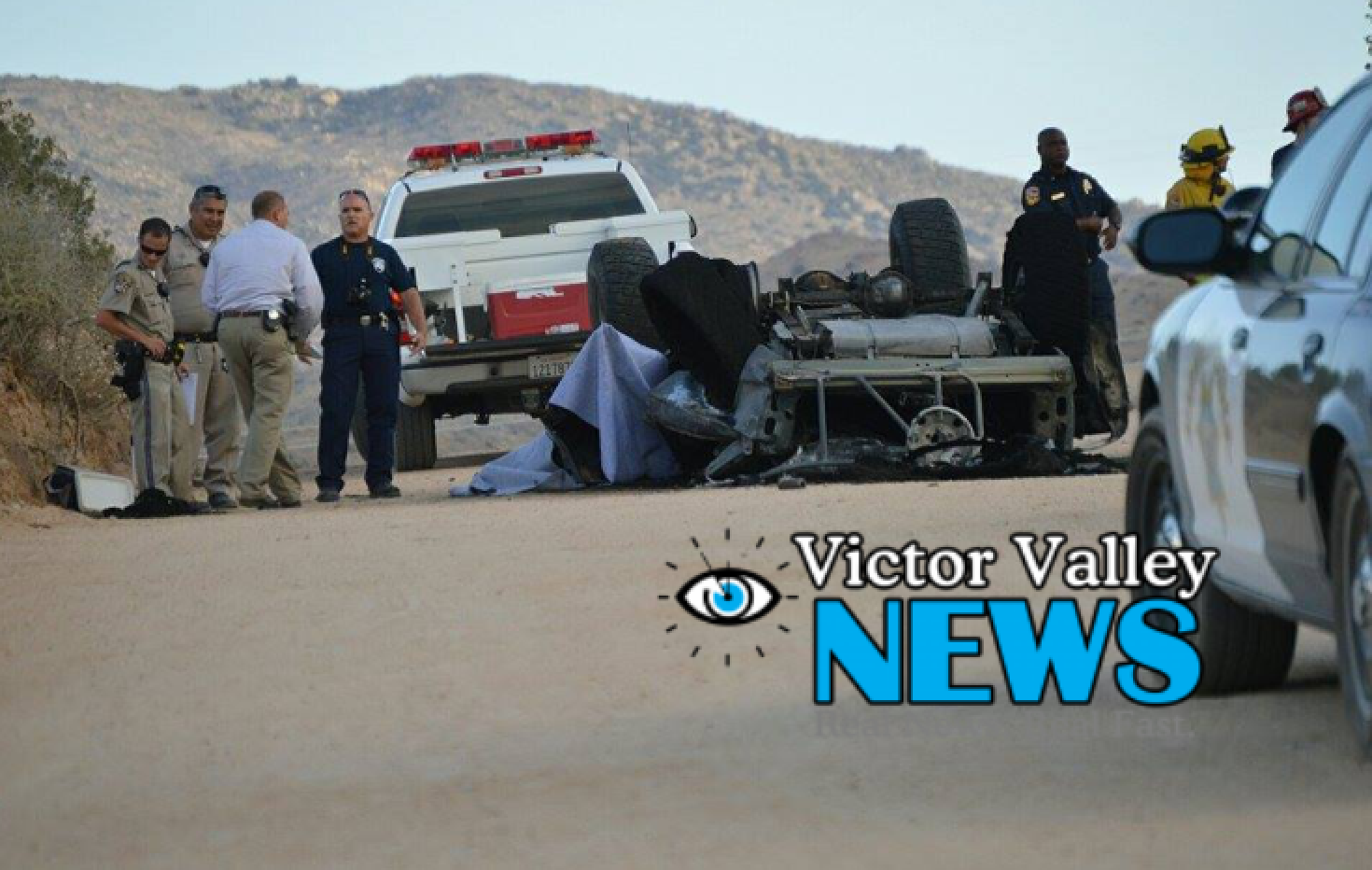 “Today was a terrible day. Today I lost my best friend and lover. It’s such a surreal feeling. I’m angry, confused, and sad. I loved him so much…he was my whole world. Now he’s gone..It feels like a giant cosmic joke and I have no one to punch for it. This year would have marked us being together for 8 years..I don’t regret anything. I miss and love you so much baby.”
(Photo by Katrina Acevedo)

APPLE VALLEY-(VVNG.com): On Saturday, June 6, 2015 at approximately 4:25 P.M., dispatch received a report of an overturned vehicle in the middle of the roadway on Bowen Ranch Road south of Roundup Way near Coxey Truck Trail.

Two of the three occupants were able to get out of the overturned vehicle but the third person was reportedly trapped inside. Witnesses tried to pull the trapped passenger out of the vehicle, but the vehicle caught on fire soon after impact.

Upon arrival, emergency personnel found that an 1987 Jeep had been traveling northbound on Bowen Ranch Road when, for unknown reasons, the driver of the vehicle lost control and struck the berm on the east side of the road; which caused the vehicle to rollover.

Per scanner traffic, two patients were delayed and transported by ground ambulances to local hospitals.

According to the San Bernardino Coroners Department, James Terrance Acevedo, a 31-year-old resident of Victorville, was partially ejected from the vehicle and suffered upper body trauma. Cal Fire personnel arrived on scene and declared the male dead at 4:49 PM.

This was an accident caused by another driver going WAY too fast on a dirt road and swerved in the way of the Black Jeep Cherokee which burnt to the ground. We are all in shock. We all loved him very much, we are all very sad and confused. How this could happen to such a bright and wonderful man?

The California Highway Patrol is investigating the collision.