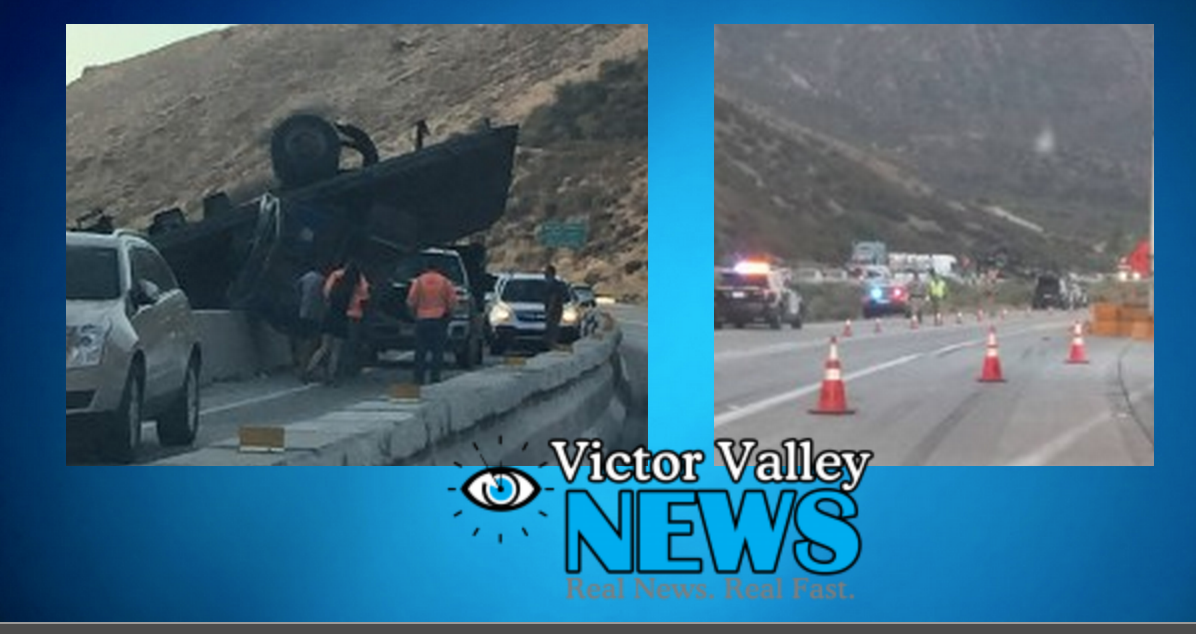 CAJON PASS-(VVNG.com): A 57-year-old Bloomington man lost his life less than two days after the semi-truck that he was driving overturned on the southbound  I-15 near Cleghorn Road.

The collision that occurred at about 6:12 p.m. on Wednesday, September 2nd closed down traffic for about an hour to give CHP a chance to conduct an investigation and to cleanup the accident site.

CHP officials said that the semi-truck was traveling southbound when for unknown reasons, the truck lost control striking other vehicles and overturning. The semi-truck landed on top of a Ford with a woman inside that had no obvious injuries, but did have complaints of pain.

The driver of the semi-truck, later identified as 57-year-old Fred Pennington was transported to Arrowhead Regional Medical Center, where on Friday, September 4th he succumbed to his injuries.