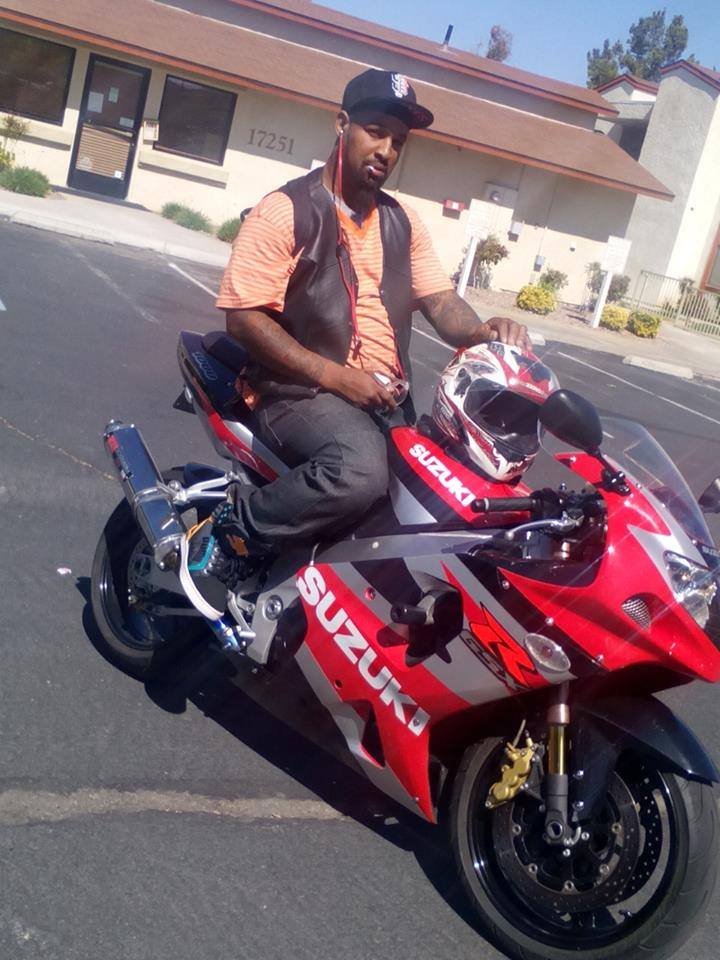 VICTORVILLE: (VVNG.com)- On 06/11/2014, at 12:21 A.M., Willie Deon Loyd III, a 31-year-old resident of Victorville, was traveling westbound on Palmdale Rd. just east of the Palmdale Road and Cantina Street intersection. At the time of the accident, Loyd was riding his 2003 black and red Suzuki motorcycle. According to the incident report, Loyd broadsided the 2013 Lexus, which had been traveling southbound on Cantina Street. Loyd was pronounced dead at the scene of the collision. The driver of the Lexus, Felicia Dikum, 34, of Victorville was transported to St. Mary’s Hospital for the treatment of minor injuries.

Loyd, a church born Christian, as his sister describes him, was a long time member of Victorville Church of God and resumed his worship with Spirit Filled Family Church. Loyd was described as a dependable man who was currently working as a warehouse worker. He was at the time in a relationship with girlfriend, Porsche Owens.

Loyd is also survived by three children, Diamond, an 11-year-old daughter, Dion, his 4 year-old son and 1-year-old daughter Dezariah. “He was a loving father, a hard-working man who absolutely loved his family, riding on his motorcycle, cooking, traveling and hanging out with his family. He enjoyed life, he was so helpful and kindhearted,” said his sister, Nyeka Loyd.

Son of Marilyn Adkins and Willie Loyd Sr., Loyd grew up as one of ten children, in a family with five boys and five girls. Loyd also is survived by another important part of his life, stepfather, Toney Adkins. Friends fondly share memories of Loyd showing shock and sadness regarding this loss. “I know this young man. Every conversation was always encouraging. I am praying for the entire family!” said family friend Edward Scott.

The family is planning a vigil in remembrance of this young father, son, brother, uncle, cousin and friend on Wednesday, June 11th at 7pm at the scene of the accident.