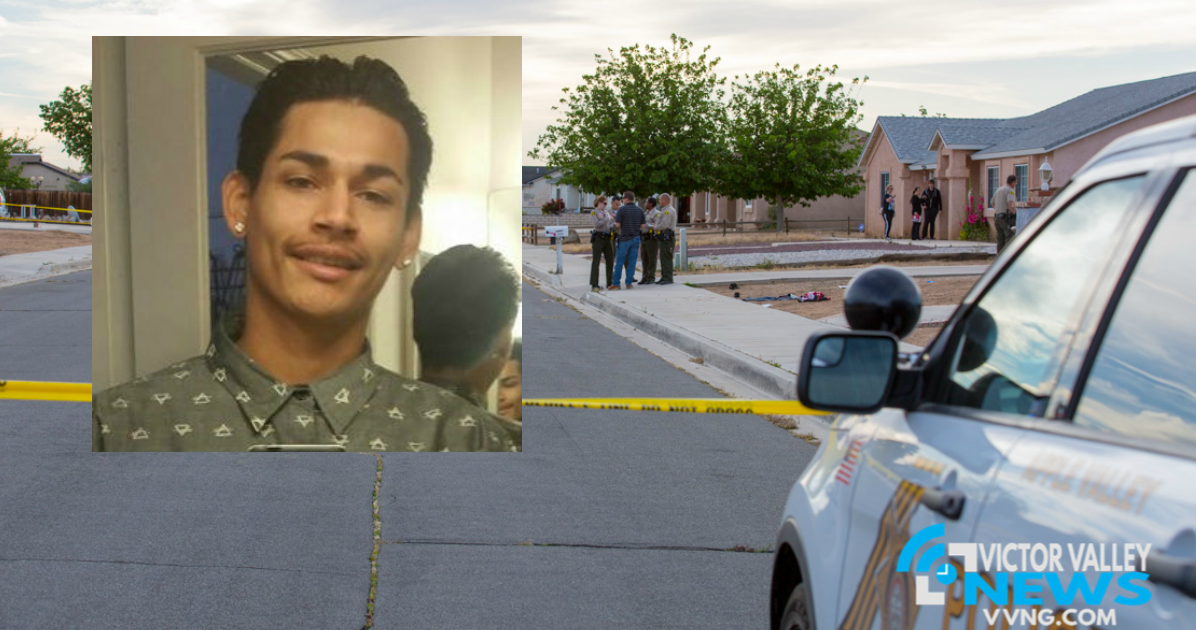 APPLE VALLEY, Calif. (VVNG.com) Homicide detectives are continuing to search for the suspects in the murder of 21-year-old Johnny Octavio Lasoya Jr.

When deputies arrived, they found Johnny down on the sidewalk suffering from a gunshot wound in front of a residence. Bystanders attempted to perform CPR on Johnny prior to the arrival of medical personnel.

Lasoya was transported to St. Mary’s Medical Center where he was pronounced deceased at 6:31 p.m.

Detectives said several unidentified subjects drove up to the residence on Hurons Avenue and made contact with Johnny.

“Within minutes, Lasoya began arguing with one subject and then a second subject shot at Lasoya, striking him in the upper body,” stated Sheriff’s officials in a press release. The suspects fled the location in two separate gray colored compact vehicles.

“We were all celebrating my grandmother’s birthday when he was gunned down in front of her home. He was just stopping by to bring her a gift for her birthday,” stated family member Samantha Wilson.

“Johnny was a very fun and loving brother, son, cousin, nephew, and friend who was very kind and who would give you his last. He had lots of ambition and was very independent he was the only boy in his family and had 4 other sisters who looked up to him. Anyone who knew Johnny knew he was a great man and he will genuinely be missed,” stated Wilson.

The family has established a Gofundme account to help give Johnny a proper burial service. Anyone wishing to donate can do so by clicking the link: https://www.gofundme.com/help-support-johnny-lasoya

Investigators are actively working this case and anyone with information regarding this investigation is urged to contact Detective Mark Green of the Homicide Detail at (909)387-3589. Callers wishing to remain anonymous are urged to call the We-tip Hotline at 1-800-78-CRIME (27463) or you may leave information on the We-Tip website at www.wetip.com.

5 Arrested in the Murder of Johnny Lasoya

Apple Valley Hosting Free Concerts Every Thursday in May