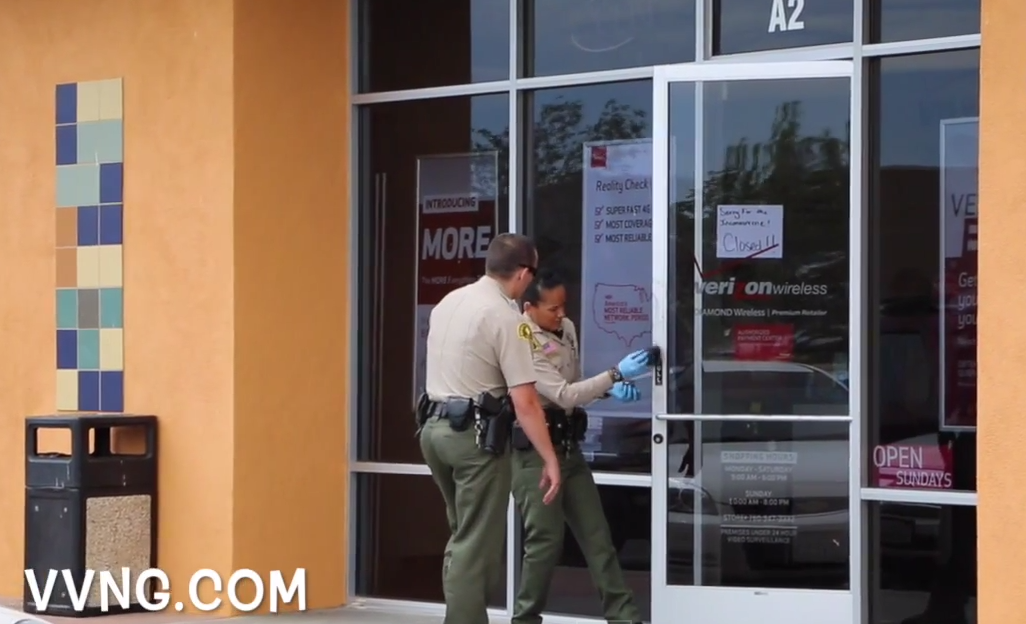 VICTORVILLE: San Bernardino County Sheriffs, along with Detectives, responded to an armed robbery at the local Verizon wireless store (located at Dunia Plaza next to Kohl’s) in Victorville.

The Victor Valley has seen a rash of these local cell phone store robberies over the past several weeks, leaving employees on high alert. Detectives collected statements from employees and patrons who were inside the store at the time of the incident.

The suspects demanded cell phones, electronics and cash during the robbery before they darted out the store. The store was closed for the remainder of the day as the investigation was ongoing, and no further information pertaining to the suspects has been released.

If you have any information regarding the situation please contact local authorities at (760)241-2911.

Please be sure to join our live FB group with over 35,500 members “VVNG” www.facebook.com/groups/victorvalleynews.