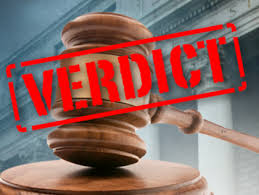 PHELAN-(VVNG.com):  Nearly a year after the cold-blooded murder of his 75-year-old mother, her son 48-year-old Michael Olle Thompson was determined to be mentally incompetent to stand trial.

On April 26, 2014, his mother Shirley Thompson was found unresponsive in her home, located at 8800 block of Del Rosa Road in Phelan. The elderly woman, according to authorities was apparently strangled.

Her son, the sole suspect in the murder was arrested at the scene and has since been held at West Valley Detention Center on $1 million bail.

There is no known motive, but Michael Olle Thompson is believed to have suffered from a past drug addiction.

On Thursday, April 16th, the third day of the jury trial, recorded evidence was presented to the jury. Once presented to the jury, they took a short break and returned with a verdict. The verdict reached by the jurors was that Thompson was not mentally competent to stand trial. A hearing is set for May 7th to determine placement for the defendant.