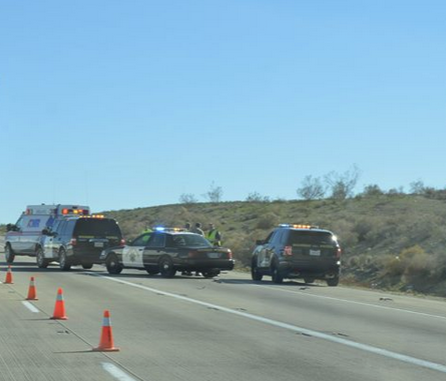 APPLE VALLEY-(VVNG.com): On Wednesday, February 4, 2015 at approximately 1:25 p.m., dispatch received a call reporting a vehicle vs. pedestrian in the slow lane of traffic on the 15 freeway just south of Wild Wash Road.

“A man in a pickup truck, for reasons still under investigation, jumped out of his pick up truck into the #3 lane and was struck by a semi-tractor trailer,” said CHP Spokesman, Officer Matt Hunt.

The reporting party, per scanner, reported that they believed the male victim stopped in order to help a disabled vehicle with a flat tire. Upon exiting his vehicle, he was struck by the truck. Unconfirmed reports describe the man as a 37-year-old man from the city of Torrance.

“My friends car was the sedan their car ran out of  gas then the car died so they thought there was help. The guy pulled over about 100 ft in front of them so they thought the guy was going to help, but the guy in the car started acting weird and told my friend he didn’t have jumper cables he kept getting his son and putting him back in the car. He put him back in the car and then he jumped in front of the diesel, my friend and her husband had to cover him up stop traffic so no one would hit him.  My friend was with his son the entire time, she is so devastated,” said Victor Valley News member Crystal Moreno.

The victim had his young son with him in the vehicle at the time of the accident, the son was uninjured.

Upon arrival of first responders, the man was pronounced dead on the scene.

There were no other injuries reported. Traffic speeds were reduced to approximately 25 miles per hours for approximately ¼ mile just south of Wild Wash Road where the single lane and shoulder were closed for the investigation.

The victims identity will be released by the San Bernardino County Coroners Department pending notification of next of kin. 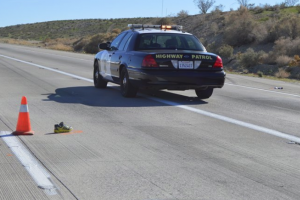 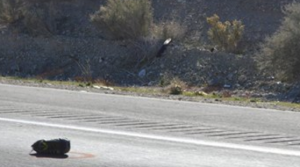 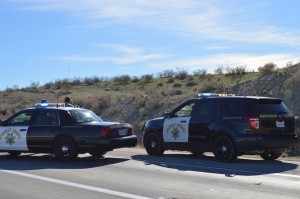 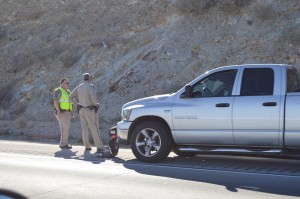 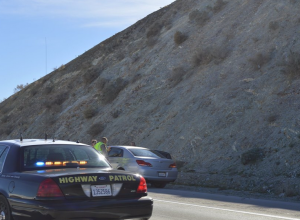 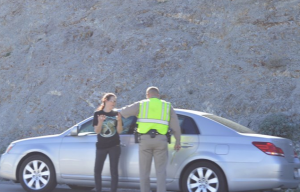