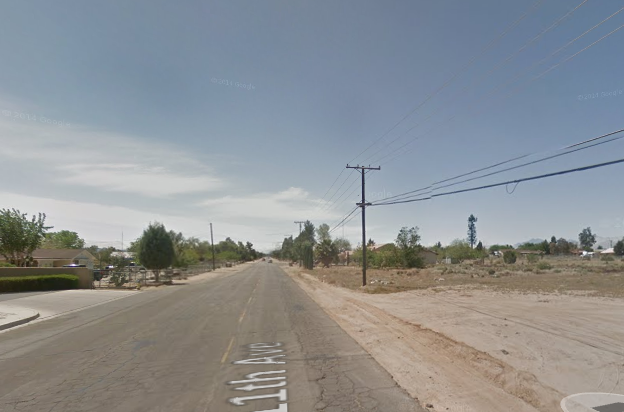 HESPERIA– (VVNG.com)- On Sunday, November 9, 2014 at approximately 7:20 p.m., deputies from the Hesperia Police Department Station and rescue personnel from the San Bernardino County Fire Department responded to a vehicle versus pedestrian. The accident occurred in the area of Eleventh Avenue approximately one-quarter of a mile south of Main Street.

The vehicle, a Toyota Scion XB was traveling south on Eleventh Avenue, the pedestrian Jack Destefano, 24 years old from Hesperia was walking northbound near the west shoulder of the road when he was struck by the vehicle. The uninjured driver stopped at the scene.

The pedestrian was transported by ground ambulance to Desert Valley Medical Center in Victorville where he was treated for moderate injuries and released hours later.

MAIT Investigators are continuing the investigation into the collision. At this time it does not appear alcohol or speed was a factor.  Eleventh Avenue was closed in both directions from Main Street to Sultana Street until about 11:30 p.m. while MAIT investigators processed the scene for evidence and interviewed witnesses.

Anyone with information or anyone who may have witnessed the collision is asked to contact Deputy Brian Lovasco or Deputy Simon DeMuri from the Hesperia Station.