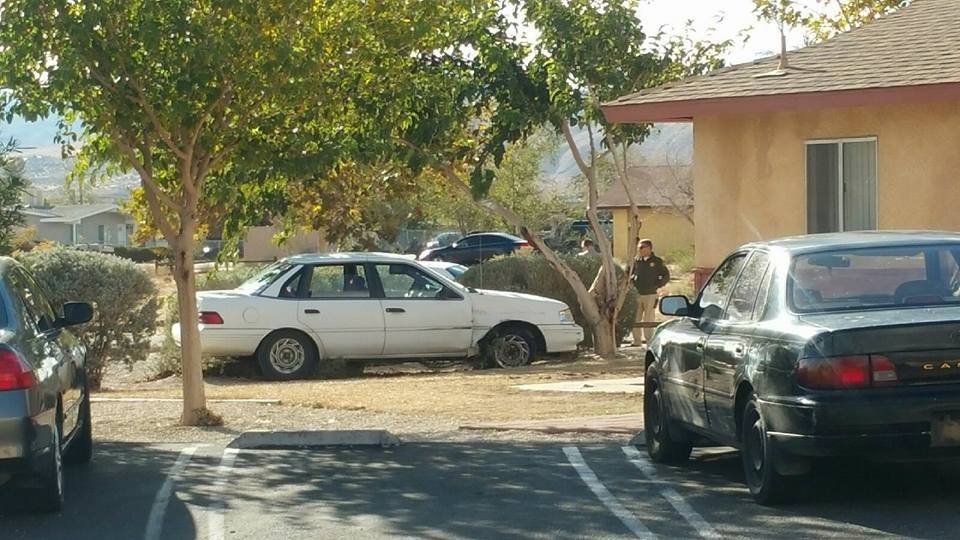 APPLE VALLEY-(VVNG.com): At about 9:25 p.m. on Monday, November 2nd dispatch received a report of stolen vehicle from a Valero gas station in Apple Valley.

Per scanner traffic, the reporting party said that he was giving a homeless individual a ride when he stopped to get gas. He left the keys in the vehicle and before he could return, the subject left in his white 1994 Ford Tempo.

On Tuesday morning at about 8:17 a.m. deputies from the Apple Valley station recognized the stolen vehicle and attempted to stop the vehicle.  The driver failed to yield causing a brief pursuit in the area of Manhasset and Powhatan Roads in Apple Valley. The transient, later learned to be a juvenile, stopped near Yucca Loma Road and according to authorities attempted to flee on foot.

The 17-year-old suspect was detained at about 8:25 a.m. and was booked into High Desert Juvenile Detention Center.

Semi With Over $100,000 Worth of Avocados Stolen and Recovered