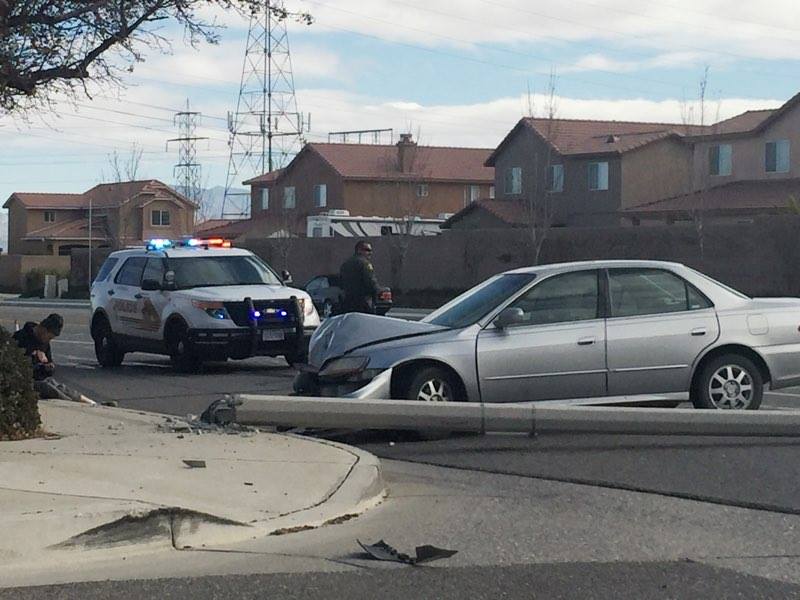 VICTORVILLE-(VVNG.com): At about 11:40 a.m. on Monday, December 28th Victorville deputies were dispatched to a report of a vehicle into a light pole at the intersection of San Dimas Street and Bear Valley Road.

Upon arrival, the deputy located a silver 4-door Honda Accord with major front-end damage, a downed cement light pole and the uninjured vehicle occupants.

Sheriff’s officials said that the Honda was traveling westbound on Bear Valley Road when the driver lost control causing the vehicle to collide into the pole. Early investigation indicated that the driver became distracted by others in the vehicle causing the collision.

The pole blocked westbound lanes temporarily while Southern California Edison repair crews were called to the scene to replace the downed pole.