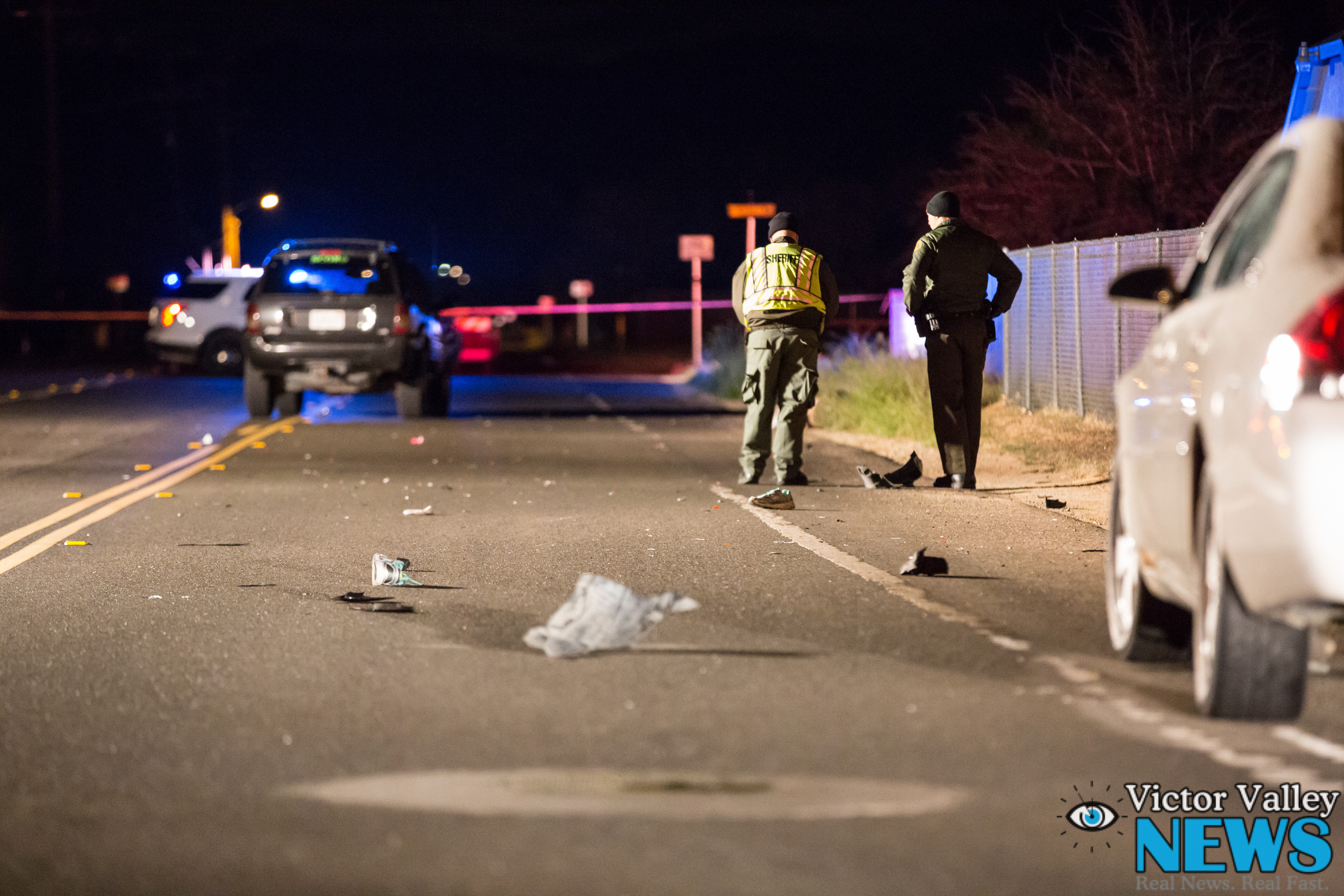 APPLE VALLEY-(VVNG.com):  A female pedestrian was hit and killed by a vehicle on Kiowa Road near Del Oro Road Saturday night.

At 8:35 p.m. deputies from the Apple Valley station were dispatched to a vehicle versus pedestrian. The reporting party told dispatchers that the pedestrian was not moving and did not appear to be breathing.

When the deputy arrived, she found the pedestrian on the shoulder area of the roadway and confirmed that she was dead on arrival. The involved vehicle, a black Jeep remained at the scene.

An additional vehicle with out-of-state plates was located on Kiowa and Del Oro Roads with the engine running and door open. At this time, it is unclear how that vehicle was related to the incident.

Northbound and Southbound lanes of Kiowa are closed from Kiowa Place to Del Oro Road. The closure will remain for several hours while the San Bernardino County Sheriff’s MAIT (Major Accident Investigation Team) conducts an investigation.