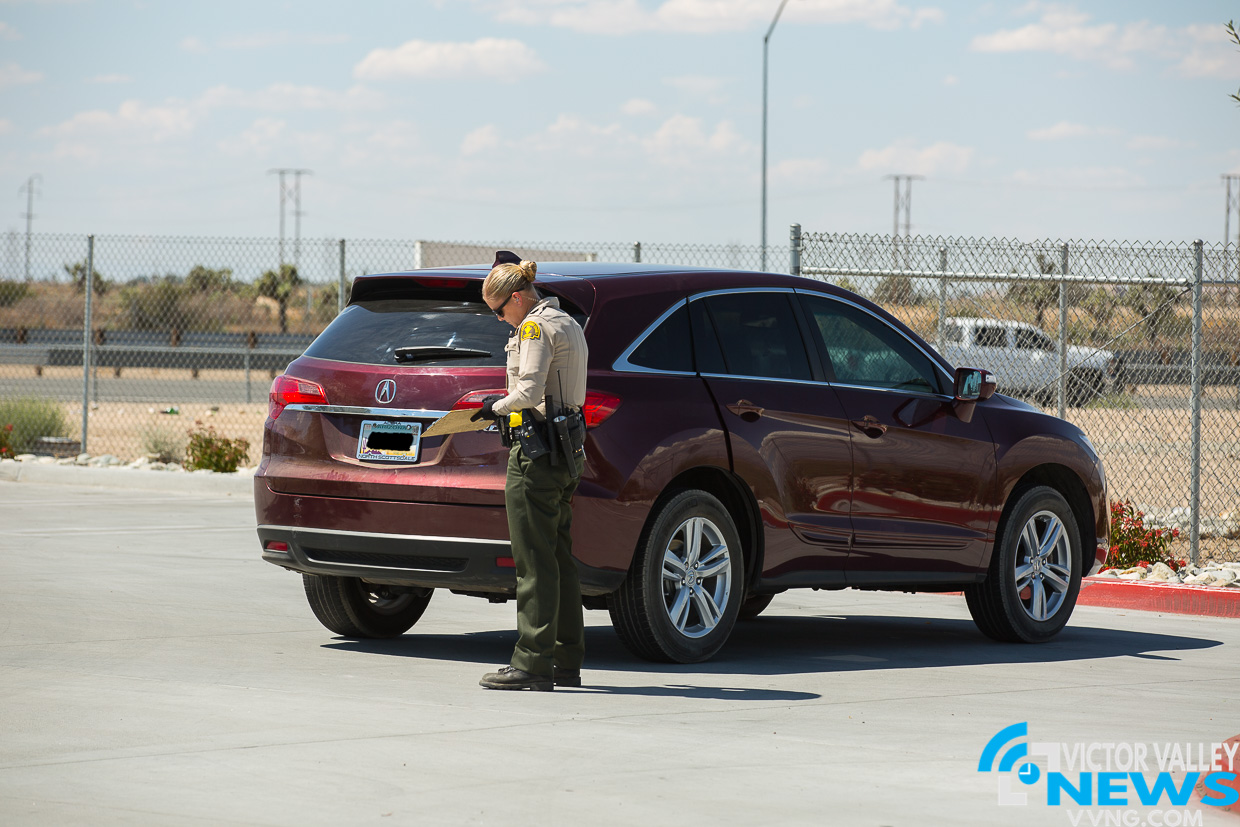 HESPERIA, Calif. (VVNG.com) – A vehicle suspected of being stolen during a home invasion robbery in Phoenix, AZ was recovered after a traffic stop in Hesperia Wednesday afternoon.

According to sheriff’s spokeswoman Jackie Chambers, “a records check was conducted on the vehicle and there was [a] hit return showing it was a stolen vehicle possibly taken during a home invasion.”

The vehicle exited the parking lot and continued westbound on Main Street, made a right turn onto Mariposa Road and eventually yielded in the Chipotle parking lot.

Sgt. Mello with the Hesperia Sheriff’s Station told Victor Valley News, they detained two males inside the vehicle without incident.

“The vehicle was entered as a stolen vehicle on August 20th after a home invasion robbery in Phoenix,” Mello said.

Local authorities had no further information on the circumstances surrounding the home invasion due to the incident not occurring in San Bernardino County.

Sgt. Mello said the vehicle would be towed into evidence where it will be throughly searched.

Police ID man who barricaded himself in Spring Valley Lake