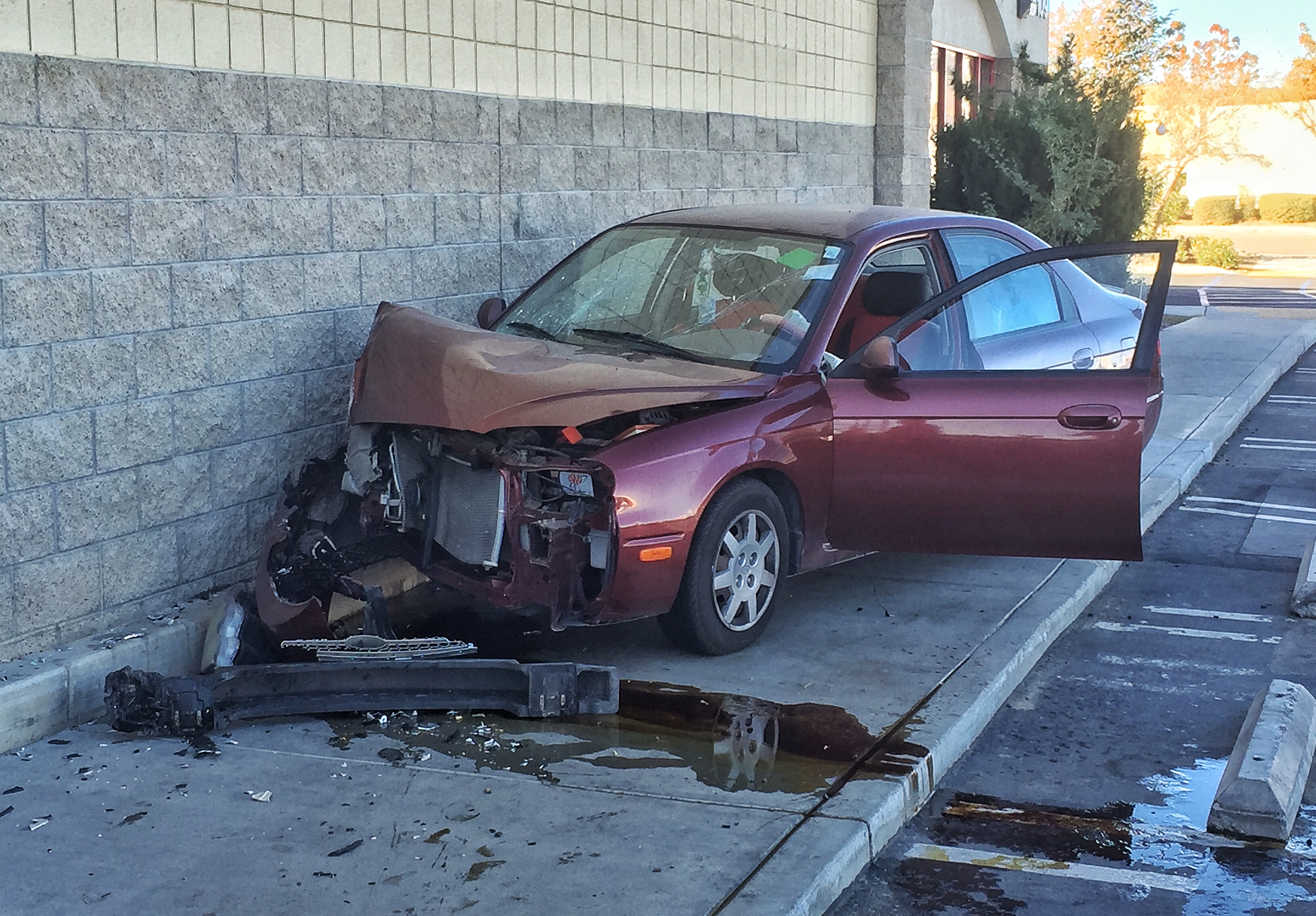 HESPERIA:(VVNG.com)- At about 9:00 A.M., on Friday November 20th dispatch received a report of a vehicle crashing into the Smart & Final located at 15111 Bear Valley Road.

Per scanner traffic, the initial call was reported as a traffic collision with extrication. Upon arrival it was changed to a non injury collision.

The vehicle, a red four door Kia Spectra is believed to have experienced some type of mechanical brake failure causing the vehicle to collide into the building.

The driver, a male in his early 20’s was not injured. The structure of the building was not compromised and business continued as usual at the location.

Business is Seeking Public’s Help to Locate Suspect in Thefts