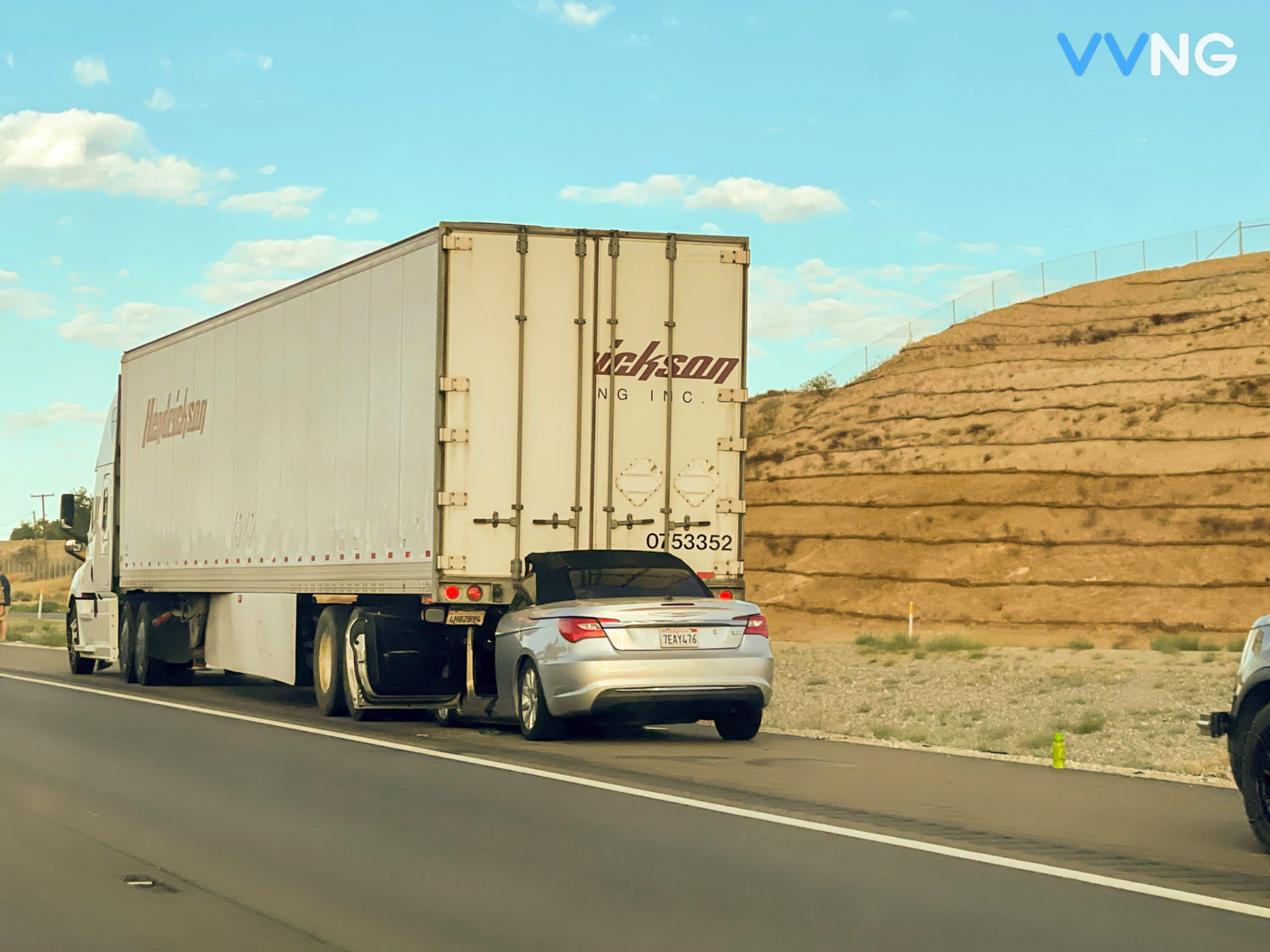 VICTORVILLE, Calif. (VVNG.com) — The driver of a sedan was transported to a hospital after slamming into the back of a semi on the I-15 freeway in Victorville.

The crash was reported at 6:35 am, on the 4th of July on the southbound I-15 near D Street in Victorville.

California Highway Patrol officers responded and located a silver 2012 Chrysler 200 Touring wedged underneath the back of a tractor-trailer.

According to CHP logs, the driver of the sedan was transported by ambulance to Loma Linda University Medical Center for a blood draw.

The driver of the semi was not injured in the crash. The CHP Victorville station is handling the investigation.