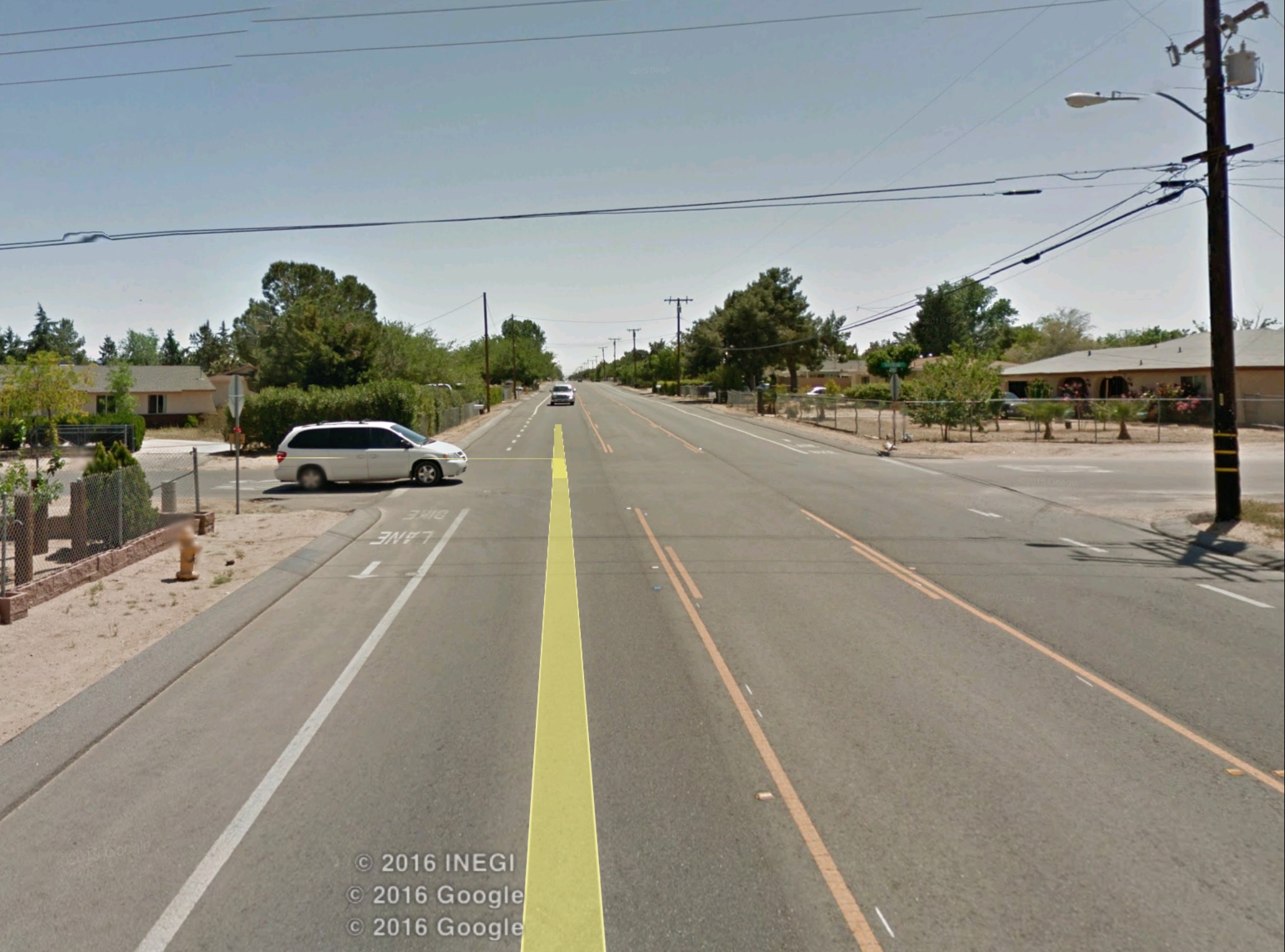 HESPERIA:(VVNG.com)- At about 2:40 PM, on Wednesday, April 13, 2016 dispatch received a report of an accident involving a vehicle and a pedestrian.

The accident occurred at the intersection of Cottonwood Avenue and Riverside Street in Hesperia.

According to witnesses, the child was reported to be sitting up on the east side of Cottonwood Avenue and speaking with medical personnel.

Public Information Officer Karen Hunt said, a vehicle drove over the 8-year-old boys foot and no injuries were reported.

The driver of the vehicle remained at the scene and cooperated with authorities.