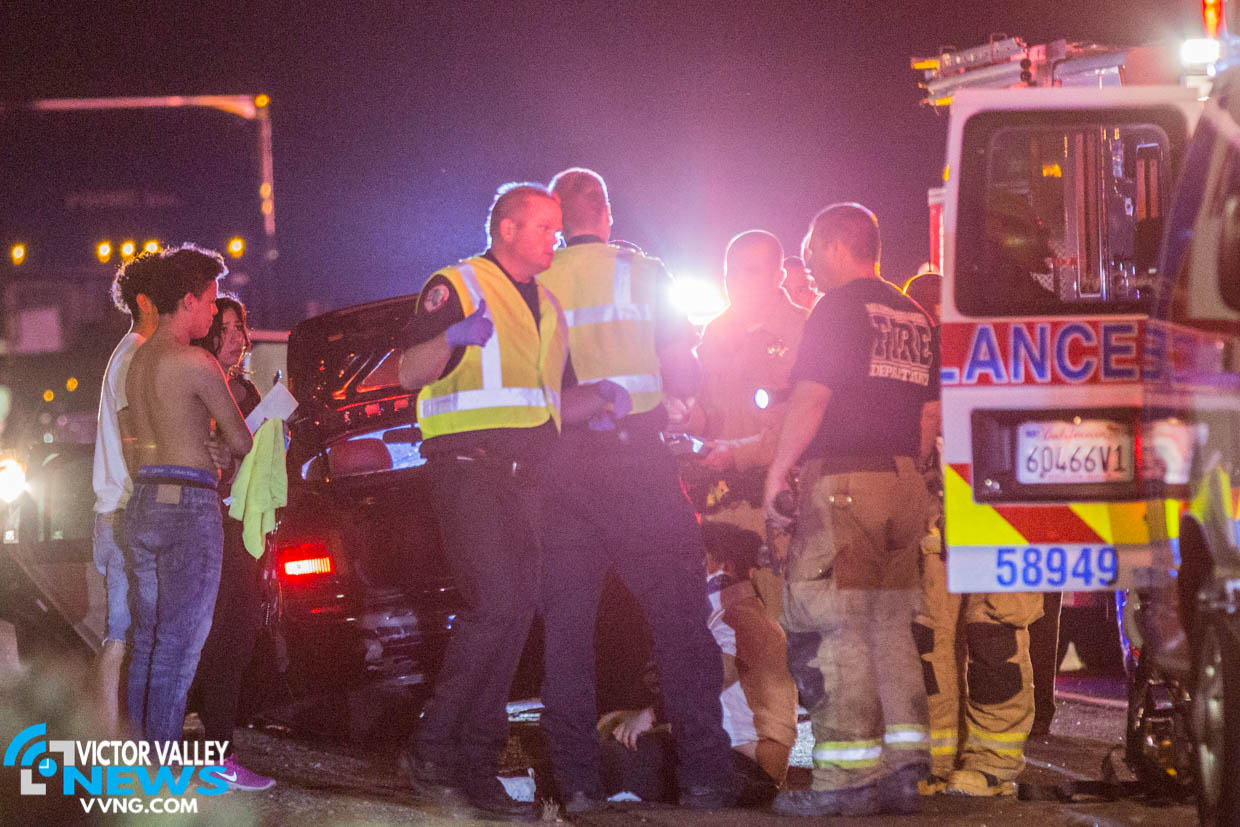 VICTORVILLE, Calif. (VVNG.com) A man was injured after his vehicle rolled on the freeway Sunday night.

On May 28, 2017 at approximately 11:14 p.m., Firefighters responded to a single vehicle rollover on the northbound 15 Freeway between Palmdale Road and Roy Rogers Drive.

A male occupant was already out of the dark-colored Honda and was suffering from a head injury, scanner traffic reported.

American Medical Response (AMR) transported the patient to a local hospital for treatment; the male was alert during transport.

According to the CHP Logs, the vehicle was reported to have hit the center divider causing the vehicle to roll across all lanes of traffic.

The accident is currently under investigation by the California Highway Patrol. 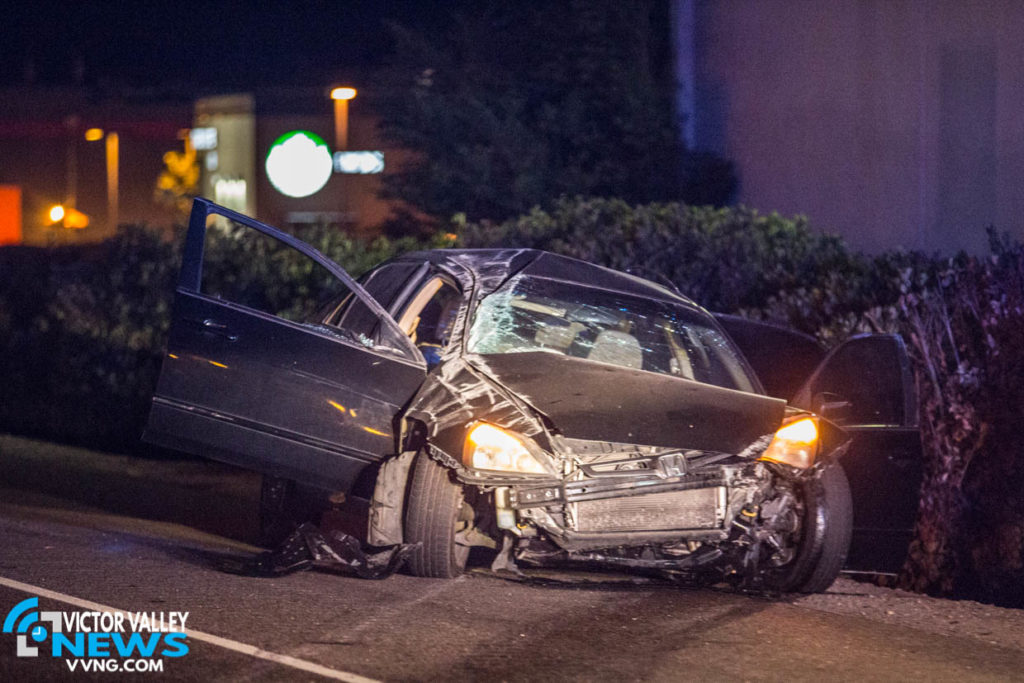 A male occupant suffered a head injury and was transported to a hospital. (Gabriel D. Espinoza, Victor Valley News)