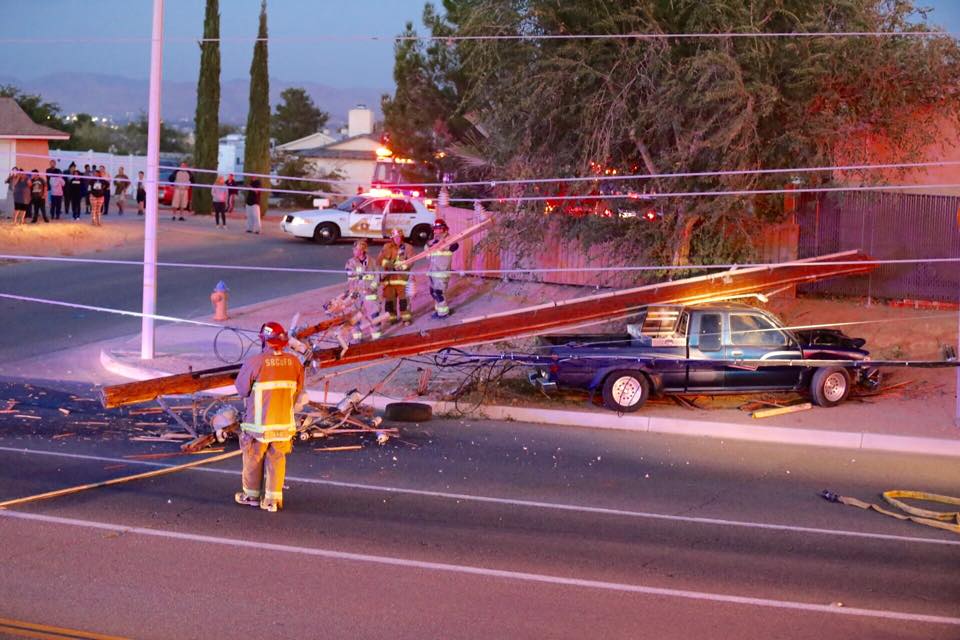 VICTORVILLE – (VVNG.com)-  Over 1,600 customers are without power this evening in the area of 7th Avenue and Sitting Bull Street after a traffic accident knocked down a power pole along with live power lines.

On Thursday, at approximately 6:15 p.m., there was a report of a single-vehicle accident involving a blue pickup truck colliding into a power pole on 7th Avenue. According to scanner traffic, primary and secondary power lines were laying down on the vehicle causing them to call a life hazard alert and slightly delay the rescue of the victim due to the risk of electrocution.

Nearby residents reported power outages in the area as first responders worked to rescue the unresponsive 54-year-old male driver of the pickup truck. The driver was taken by ground ambulance to Desert Valley Hospital where the Air Ambulance landed to transfer the victim to Arrowhead Regional Medical Center in the city of Colton.

The estimated time for full restoration of power is unknown. Southern California Edison is aware of the incident and is currently testing the lines in order to help limit the amount of customers being affected by the outage.

There are no further details at this time, information will be updated as it is received.