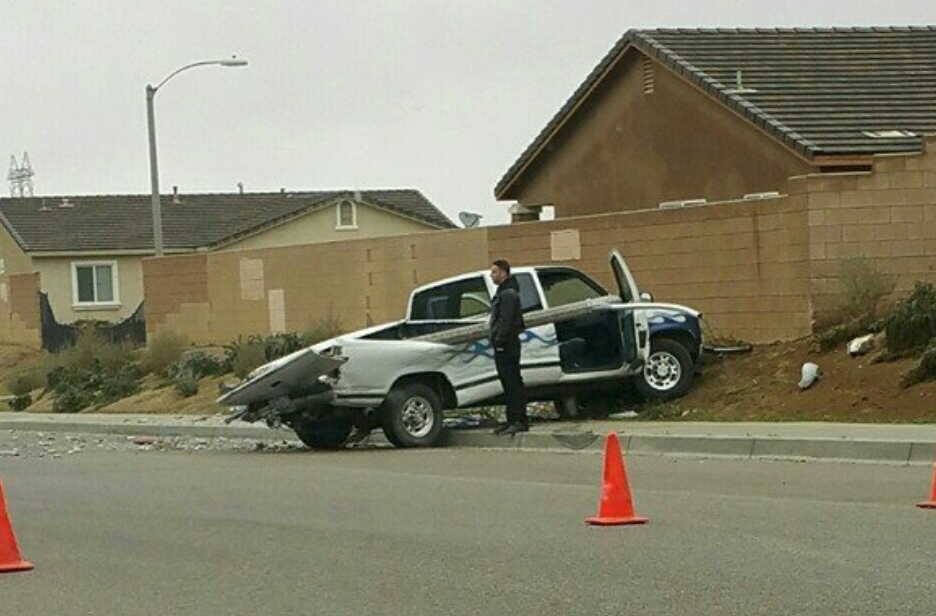 ADELANTO-(VVNG.com):  At approximately 7:19 a.m. on Monday, February 23rd dispatch received a call reporting a pickup truck into a light pole in the area of Pearmain Street and Desert Glen Street.

The driver of the white 1993 Chevrolet truck collided into a Southern California Edison pole removing it from the ground.

There were no injuries reported as a result of the single vehicle collision, the driver, 20-year-old Joseph Hernandez.

Hernandez was arrested for DUI and booked at High Desert Detention Center. He has since been cited and released to appear in court on a future court date.