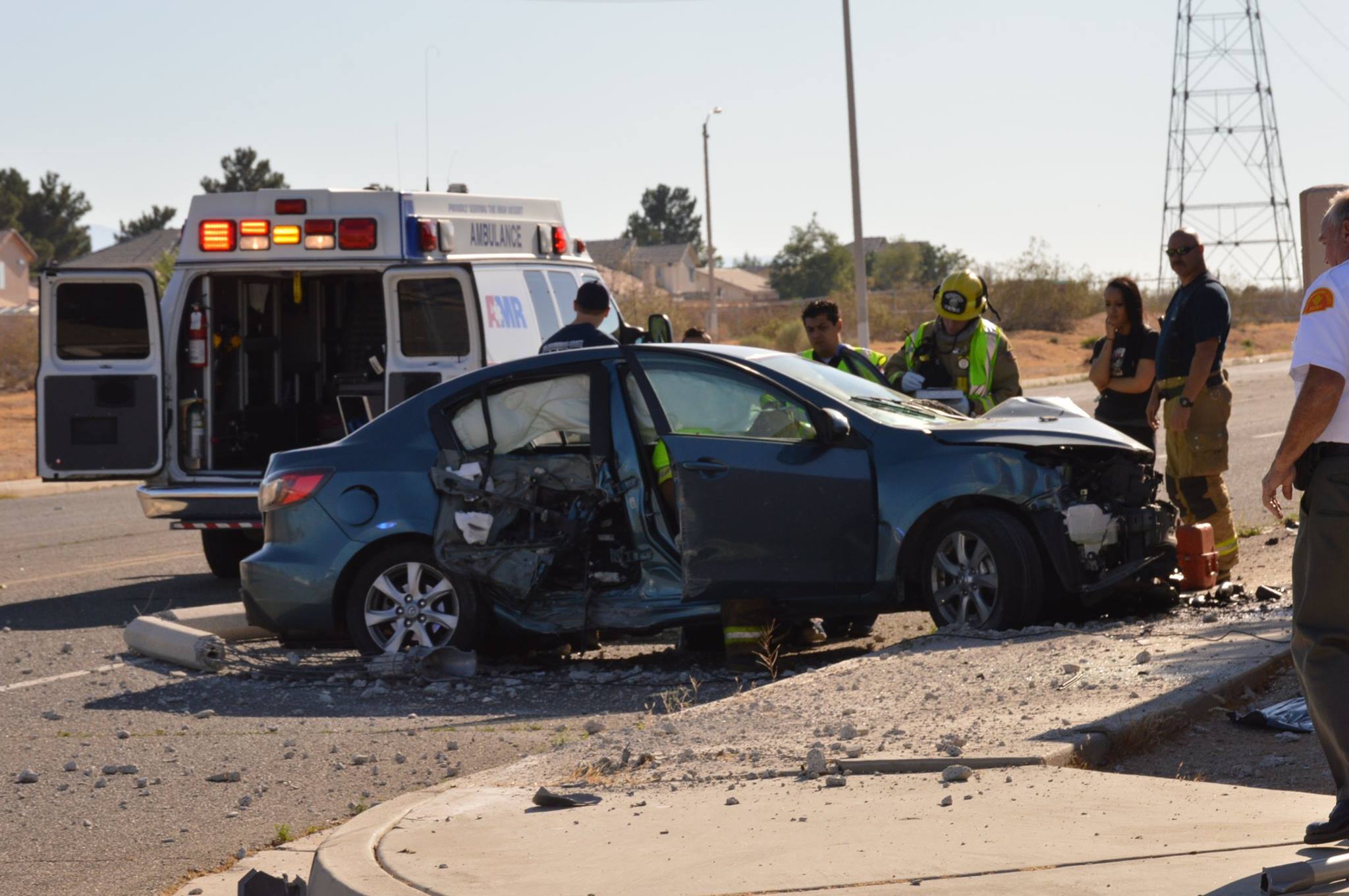 ADELANTO:(VVNG.com)- Officials responded to an accident involving a vehicle that collided into a pole in the area of Victor and Milford Street just one block west of Verbena Road in Adelanto.

The concrete pole was completely knocked down and landed in the street blocking the westbound lanes.

The blue four door Mazda 3 was occupied by a man and woman. One person was transported to a local hospital with unknown injuries.

Edison has been requested to respond to the incident for exposed wires.

At this time the cause of the accident is unknown. More information will be updated as it becomes available. 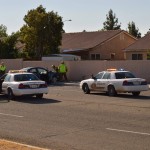 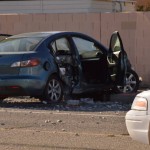 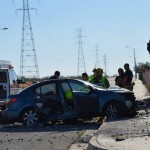