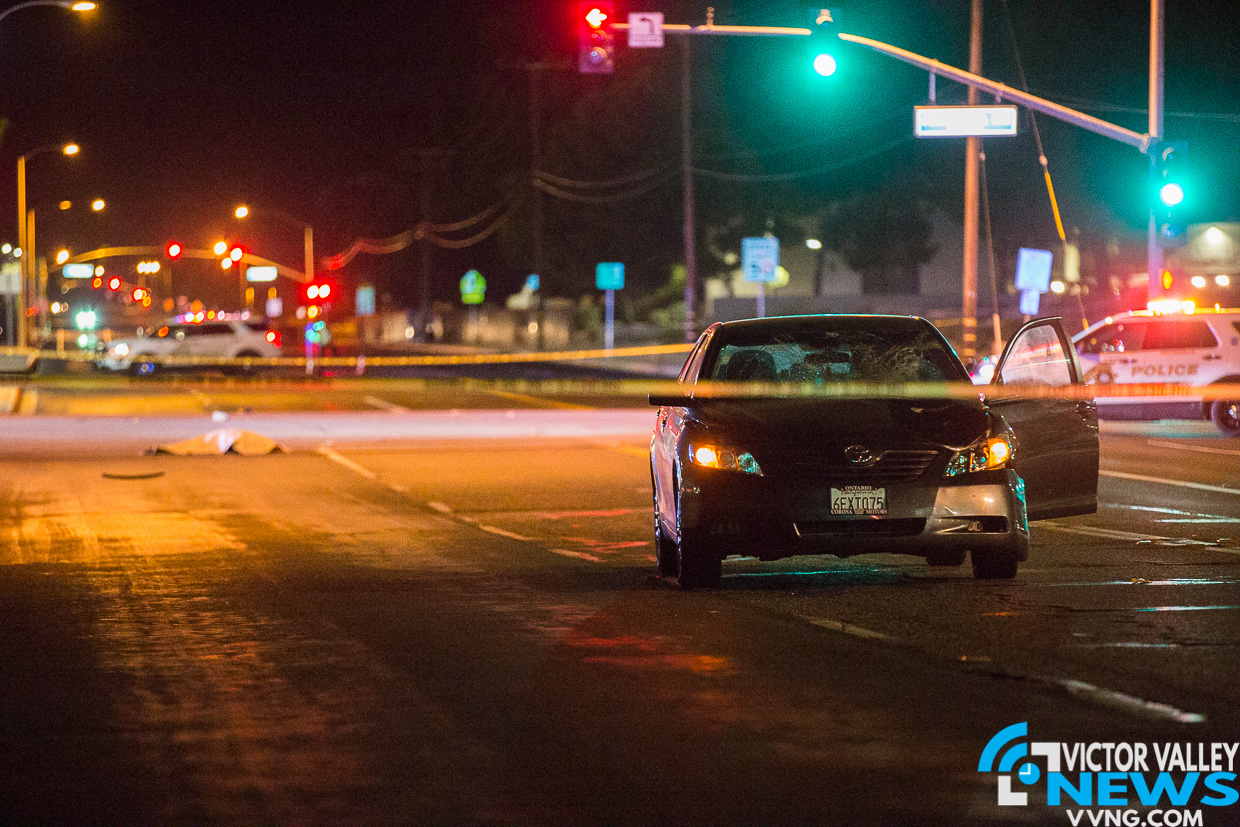 It happened at around 11:02 p.m. at the intersection of Roy Rogers Drive and Amargosa Road, when a car struck two pedestrians who were in the crosswalk, witnesses said.

Upon arrival, San Bernardino County Firefighters located one male adult who was pronounced dead at the scene, and a second pedestrian, a female, was found sitting in the crosswalk suffering from a leg injury.

The driver of the gray 2009 Toyota Camry that struck the two pedestrians remained on scene and cooperated with authorities. Details on the exact cause of the accident are under investigation at this time. It’s unknown if the two pedestrians knew each other.

About an hour before this fatal crash, another pedestrian was airlifted after they were struck by a different car only one intersection away.

The streets surrounding the accident will remain closed for at least 4-6 hours while the investigation is underway.