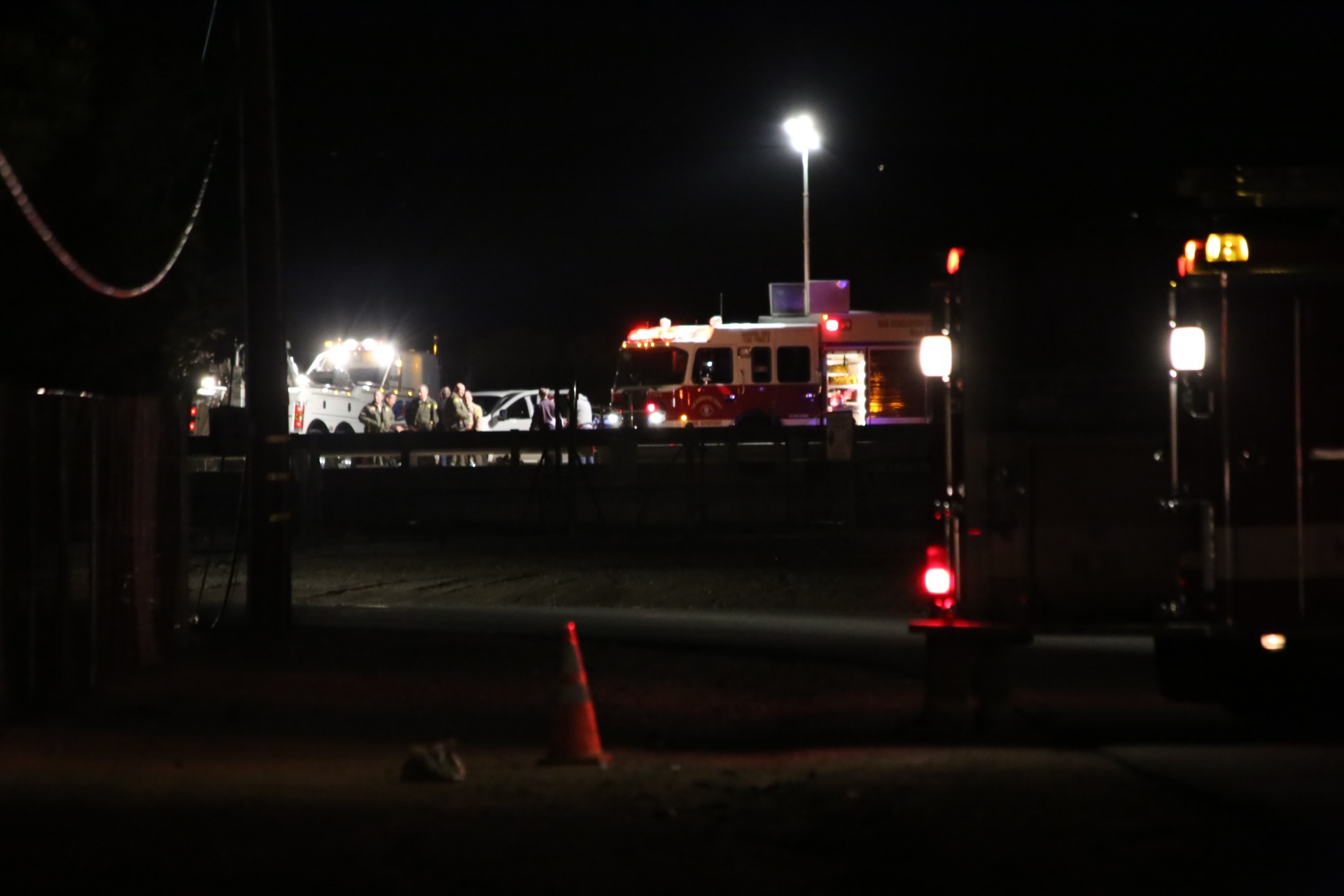 Hesperia: Sheriff’s dispatch received numerous calls reporting a power outage in the area of 11th and Ranchero at about 8:30 p.m. on Monday. When officers responded to the area a downed power line was discovered.

After further investigating the scene an officer noticed a large portion of the fence surrounding the California aqueduct was missing. A Sheriff’s helicopter was requested to help provide ariel support.

After a brief search an officer spotted what appeared to be bubbles coming up from the water, a vehicle was confirmed to be found in the aqueduct. A Sheriff’s dive team was requested to search for any possible victims and to help in safely securing the vehicles removal.

Per Southern California Edison, approximately 45 customers remained without power. Repair crews have been notified but no eta is available at this time. Please check back later as more details will be posted as they become available.