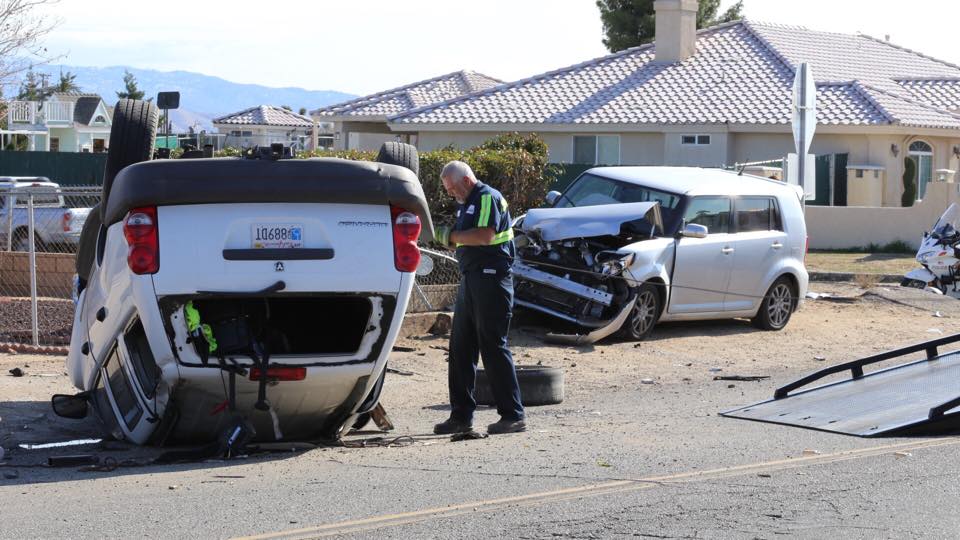 HESPERIA:(VVNG.com)- at approximately 11:50 AM on Thursday, January 8, 2015 a two vehicle traffic collision was reported at the intersection of Mauna Loa and 7th Avenue in Hesperia.

For unknown reasons a white Dodge Durango and a silver Scion XB collided causing the Durango to flip onto its roof.

The female driver in the Durango was trapped in the vehicle and required assistance from firefighters. She was treated for minor injuries at the scene. The occupants of the Scion did not appear to be injured.

According to a resident who lives in the area, there have been many accidents at the intersection and a four-way stop sign is long over due.

Westbound and southbound traffic was diverted at the intersection while the vehicles were removed from the roadway.

At this time the exact cause of the accident is under investigation.