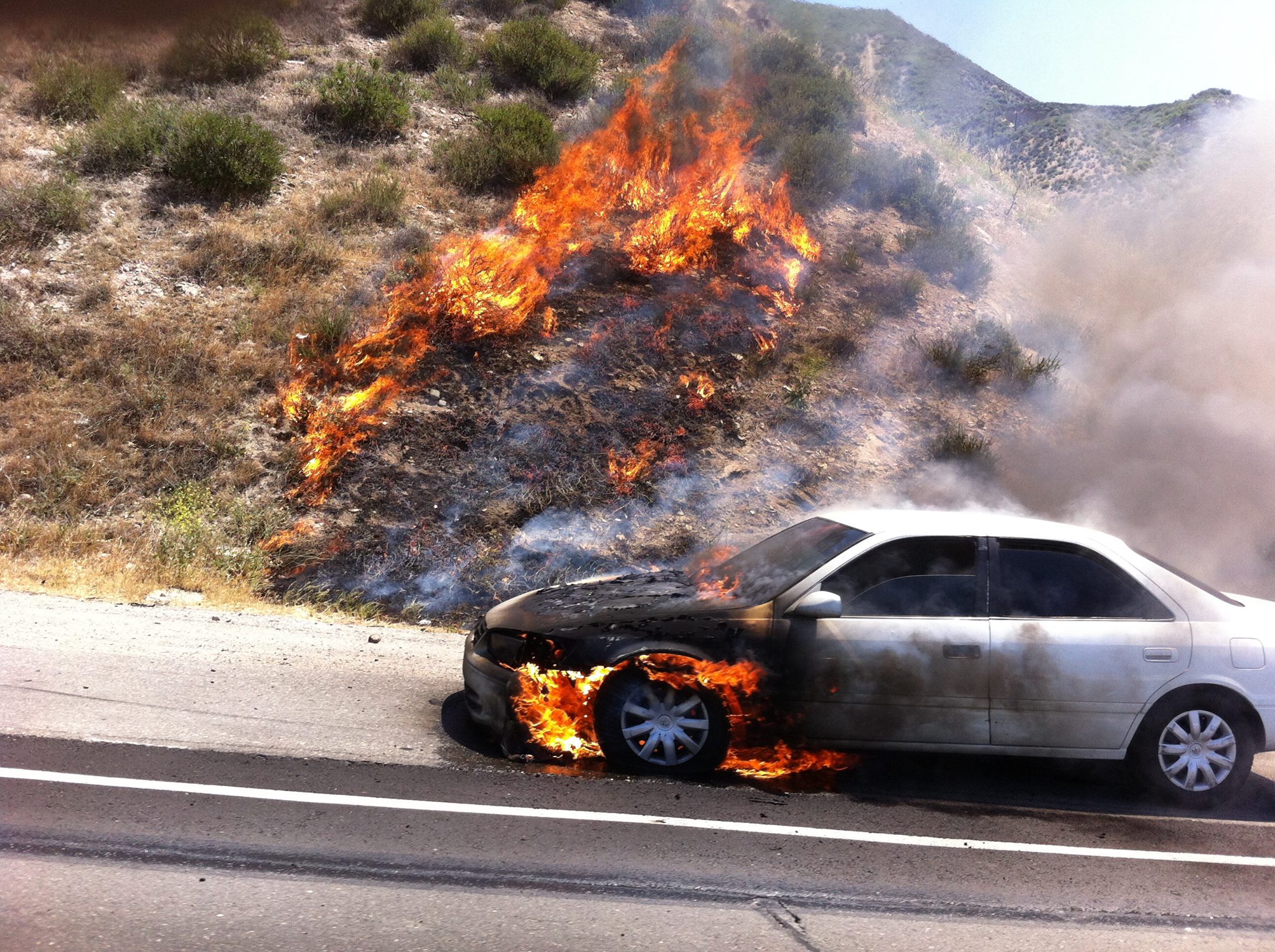 CAJON PASS: (VVNG) – San Bernardino County Fire was dispatched to a vehicle fire on the I-15 and Kenwood in Devore on May 12, 2014, at 12:09 p.m. Responding units were advised that multiple reports were being received that a vehicle fire had spread to the vegetation in the Cajon Pass.

Upon arrival, the first arriving units reported that a passenger car was fully involved with fire and was spreading to the vegetation. Units from the U.S. Forest Service had begun an aggressive attack on the fire which had spread up the mountain. Firefighters from San Bernardino County and Cal Fire extinguished the vehicle fire as the firefighters from the USFS extinguished the vegetation fire.

The vehicle was a total loss and the fire burned approximately one acre of vegetation. A concerted effort between the San Bernardino County Fire Department, The U.S. Forest Service and Cal Fire prevented the fire from becoming a major incident. The Departments have taken extra precautions and placed additional personnel on duty in preparation of the wind conditions.

The San Bernardino County Fire Department would like to remind everyone that vehicle repairs should be performed by a licensed automotive repair service.