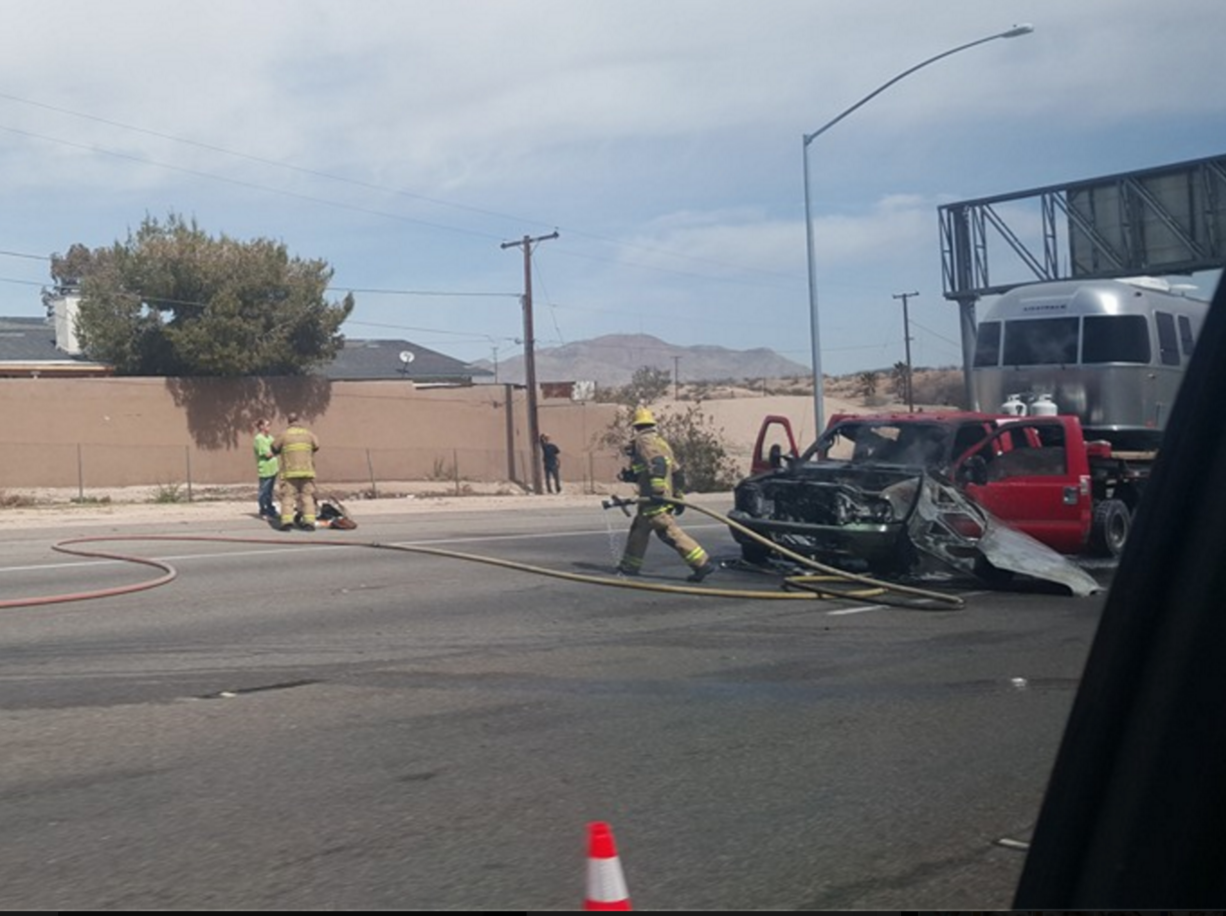 VICTORVILLE-(VVNG.com):  On Tuesday, March 15, 2016, at around 11:35 a.m. the California Highway Patrol and the San Bernardino County Fire Department were dispatched to a vehicle fire on the I-15 South just north of Mojave Drive. Upon arrival, they located a red Chevy truck the was pulling a travel trailer with an engine fire.

The quick and precise actions of firefighters on scene saved the trailer from sustaining damage as a result of the fire.  Per CHP logs, the 1-15 was shut down to southbound traffic while the fire was extinguished and only one lane was open for over a half hour while the vehicle and any debris were removed from the roadway.

There were no injuries reported as a result of this incident.