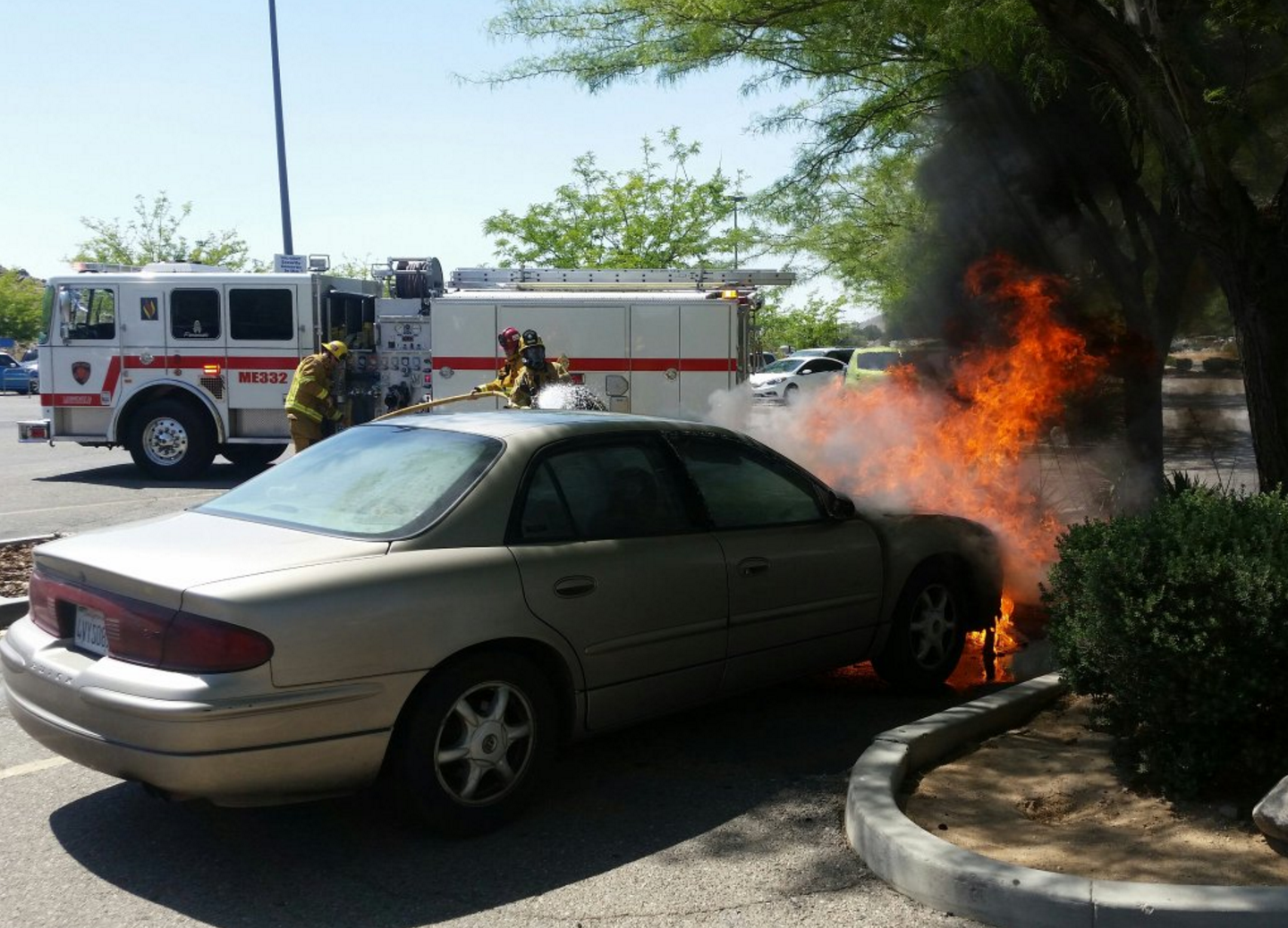 APPLE VALLEY:(VVNG.com)- Firefighters responded to the Wal-Mart shopping center located at 20251 Highway 18 following the report of a vehicle fire.

Within a few minutes of arrival, firefighters had the fire under control and out by 2:44 PM.

No injuries were reported as a result of the fire. The cause of the fire remains under investigation.