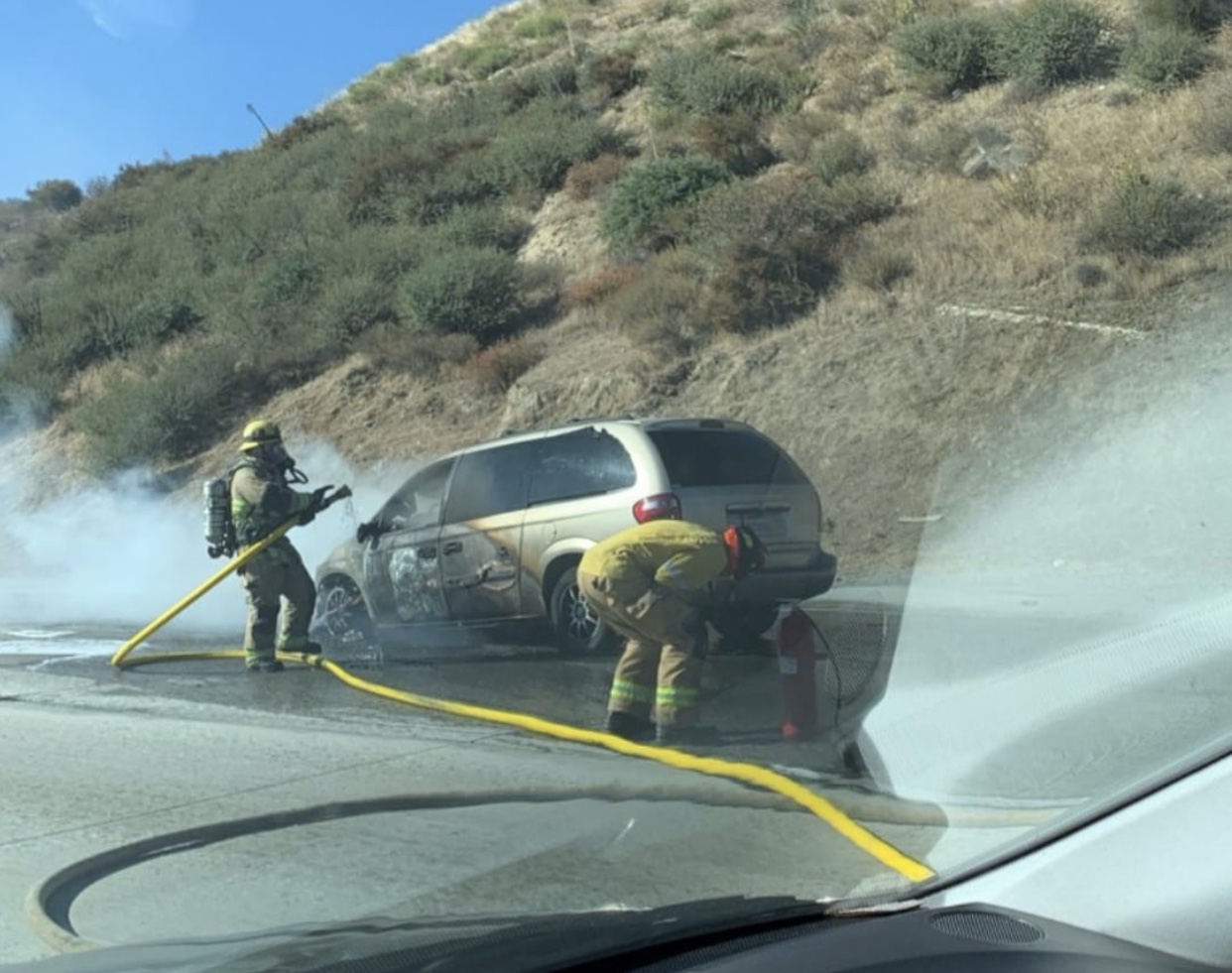 CAJON PASS, Calif. (VVNG.com) — A vehicle fire on the northbound I-15 prompted authorities to issue a Sig Alert Monday afternoon.

It happened at about 4:34 pm on the I-15, just north of the Kenwood Avenue in the cajon pass.

According to the California Highway Patrol incident logs, a brown van was on fire in the no. 4 lane. The occupants were reported to be out of the vehicle.

Officials said the no 3-5 lanes just north of Kenwood Avenue will be closed for approximately 30 minutes. Prompting a Sig Alert to be issued at 4:56 pm.

Traffic is gridlocked at the 15/215 interchange. No injuries were reported as a result of the fire.