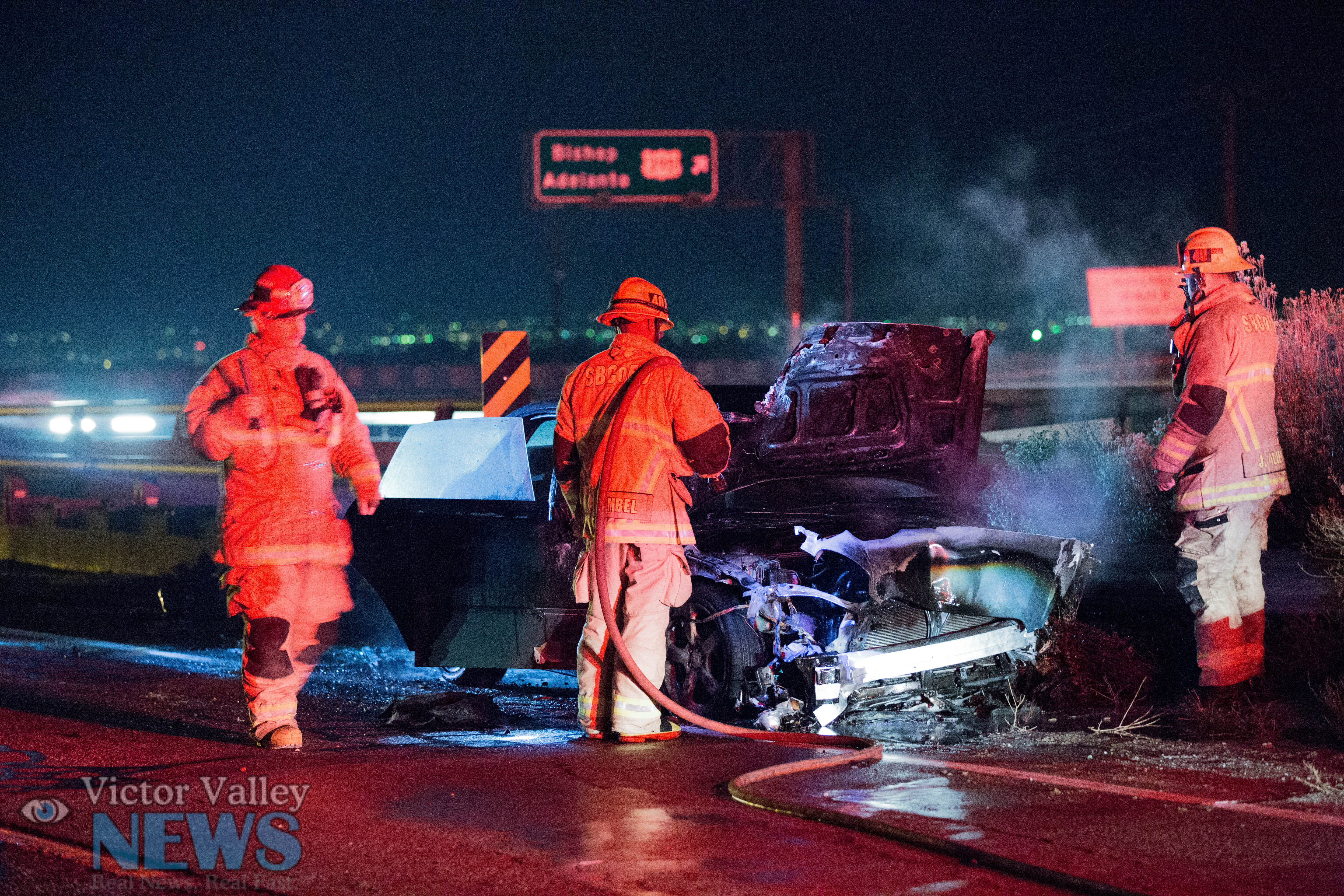 HESPERIA:(VVNG.com)- A vehicle fire was reported on the southbound 15 freeway just south of highway 395. According to the CHP incident logs, the solo vehicle crash was reported at 4:06 A.M., on Monday, December 21, 2015.

For unknown reasons the vehicle, a four door Subaru Legacy, left the freeway and crashed through a chain linked perimeter fence and came to a rest in some brush along Caliente Road. The vehicle instantly erupted into flames.

San Bernardino County Firefighters arrived on scene and located the vehicle fully engulfed. They quickly extinguished the fire and checked the vehicle for occupants.

Per scanner traffic, the driver was Initially reported as leaving the scene, however he was located by police a short distance from the burning vehicle.