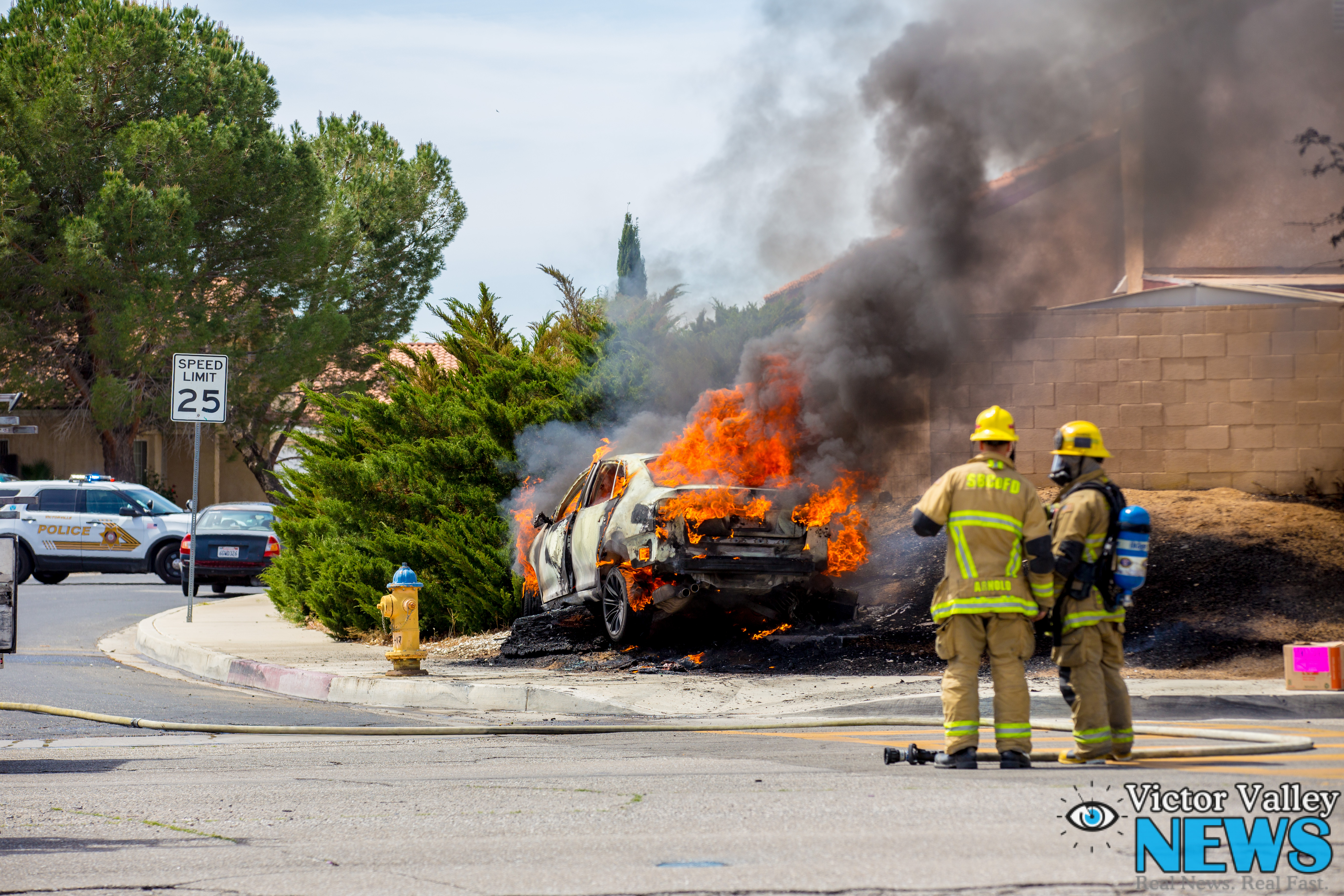 VICTORVILLE-(VVNG.com): A vehicle went off the roadway, slamming into a live electrical vault then erupting in flames Thursday morning. Deputies and firefighters from the San Bernardino County Fire Department responded to a traffic collision with fire near Mojave and Jeraldo Drive at around 11:00 a.m.

Fire Captain Jesse Martinez told Victor Valley News that when they arrived the vehicle was fully engulfed. He said that due to the crash involving a live electrical vault, a life hazard alert was sent out and a perimeter was set in order to protect citizens and emergency personnel.

Through investigation authorities were able to determine that the 2007 Volkswagen Jetta was making a left-hand turn from Mojave Drive onto Jeraldo Drive. As the driver turned, she attempted to avoid something in the road causing her to veer to the right onto the curb then striking the electrical vault.

The force of the collision caused the electrical vault to erupt in flames spreading quickly to the vehicle. Southern California Edison responded to the scene to assist and conduct necessary repairs. The fire was extinguished in just over an hour from firefighter arrival.

There were no injuries reported as a result of the collision. Mojave Drive was closed between Ashley Glen Drive and Amargosa Road for around two hours.