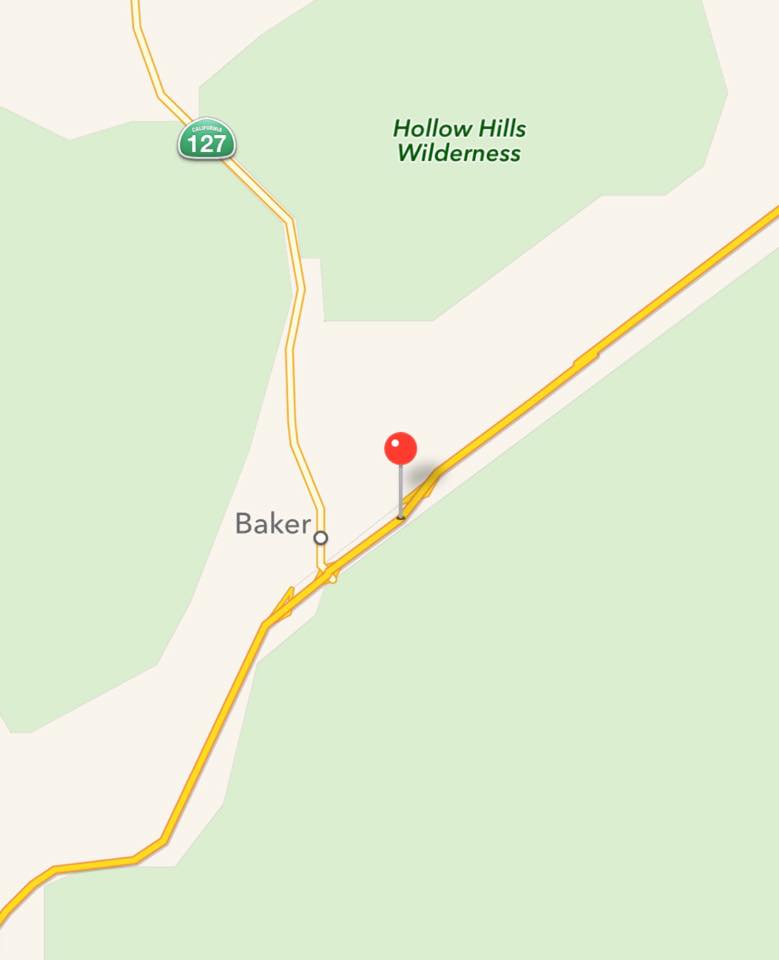 BAKER:(VVNG.com)- Firefighters responded to a vehicle fire on the northbound 15 freeway between Halloran Springs and Baker approximately 1 mile south of Halloran Summit.

According to CHP incident logs, the vehicle is described as a black four door Subaru.

Prior to the collision multiple witnesses reported the vehicle swerving in and out of lanes and driving “erratically.”

For unknown reasons the driver lost control of the vehicle and collided into the center divider causing the vehicle to leave the roadway and go approximately 50 feet down into a wash.

Upon arrival firefighters discovered the vehicle well engulfed by flames.

The driver was able to exit the vehicle and is reported to have minor injuries.