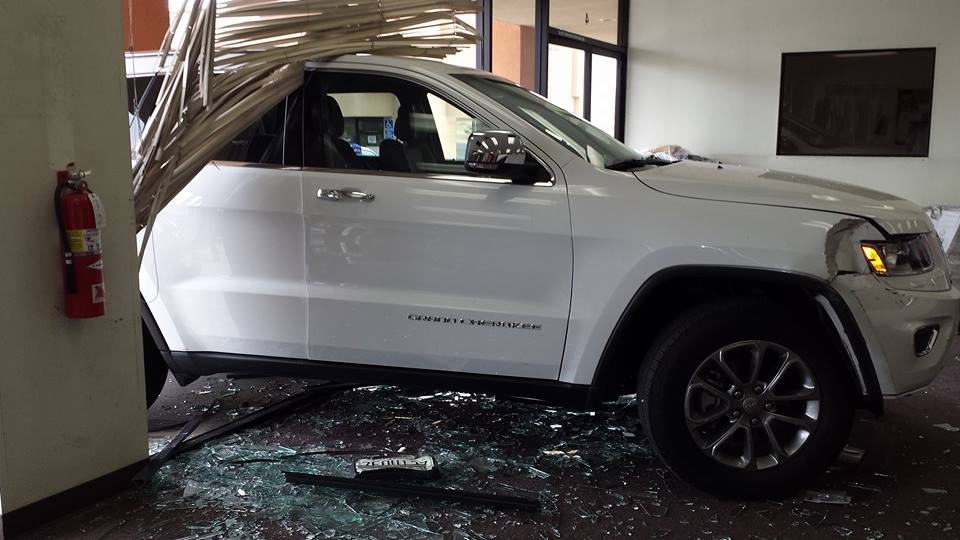 VICTORVILLE-(VVNG.com):  At approximately 12:10 P.M., a white Jeep Cherokee slammed into the front of the Laundryland Dry Cleaners located at 13728 Hesperia Road.

The vehicle, driven by a woman described to be in her 60’s was parking when by accident, she pressed the gas rather than brake pedal. The vehicle accelerated over the curb and into the building just missing the pillar and a male employee standing at the counter inside of the business.

“My nephew had time to react and run to the back. He would have been like the counters, gone,” said Sylvia Ruiz.
The driver then attempted to back up crashing into a cement pillar, that stopped the vehicle. “She seemed dazed and confused.” said Adria Chamberlain.

According, to Sgt Pennington with the San Bernardino County Sheriff’s Station in Victorville the woman was checked by AMR for a laceration to her right hand. There were no other injuries reported as a result of this accident.

The cause of the accident was determined to be accidental. 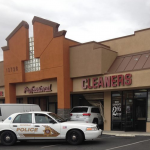 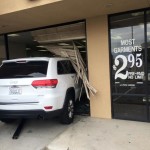 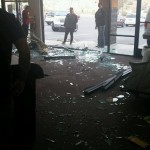