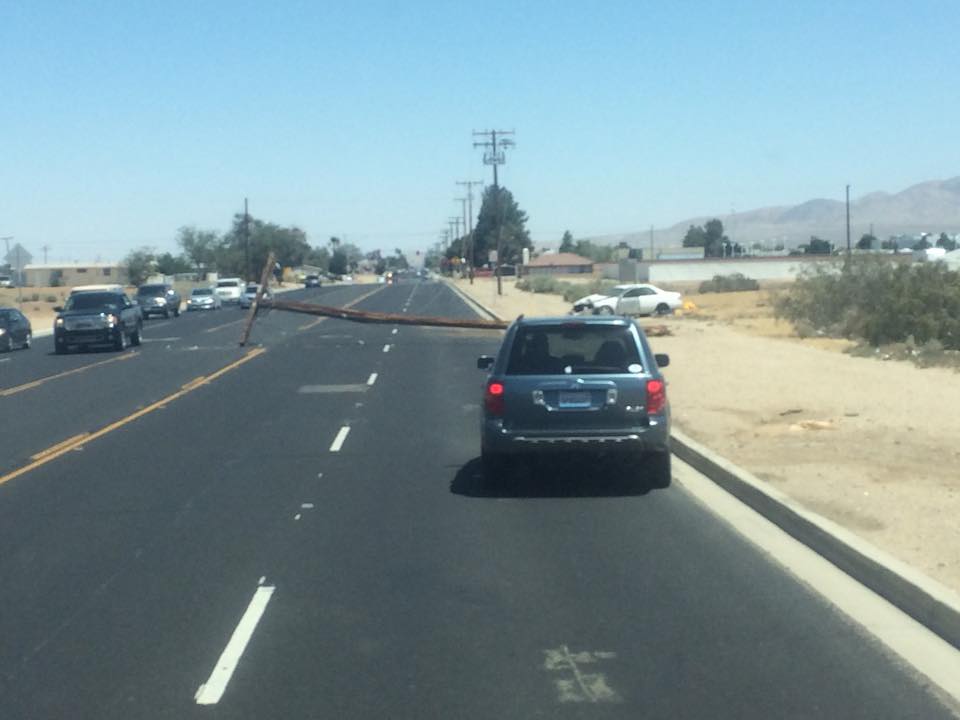 VICTORVILLE-(VVNG.com):  On Tuesday, May 19th, Victorville residents experienced a power outage and road closure after a vehicle crashed into a power pole just before 12:00 p.m.

The collision occurred on Amargosa Road near Dos Palmas Road.

The street closure affected traffic on Amargosa Road from Dos Palmas to Luna Road while the downed power pole was being removed from the roadway. Southern California Edison technicians worked to restore power for 1,864 customers.

According to Southern California Edison Spokesman, Robert Villegas, by 1:10 P.M., power was restored to several households leaving 826 customers without power.

“We have a crew out, but no restoration time set at this time, it is an ongoing incident,” said Villegas.

As an alternate route drivers can take Luna or Dos Palmas Roads westbound to El Rio Road in order to get back to Amargosa Road.