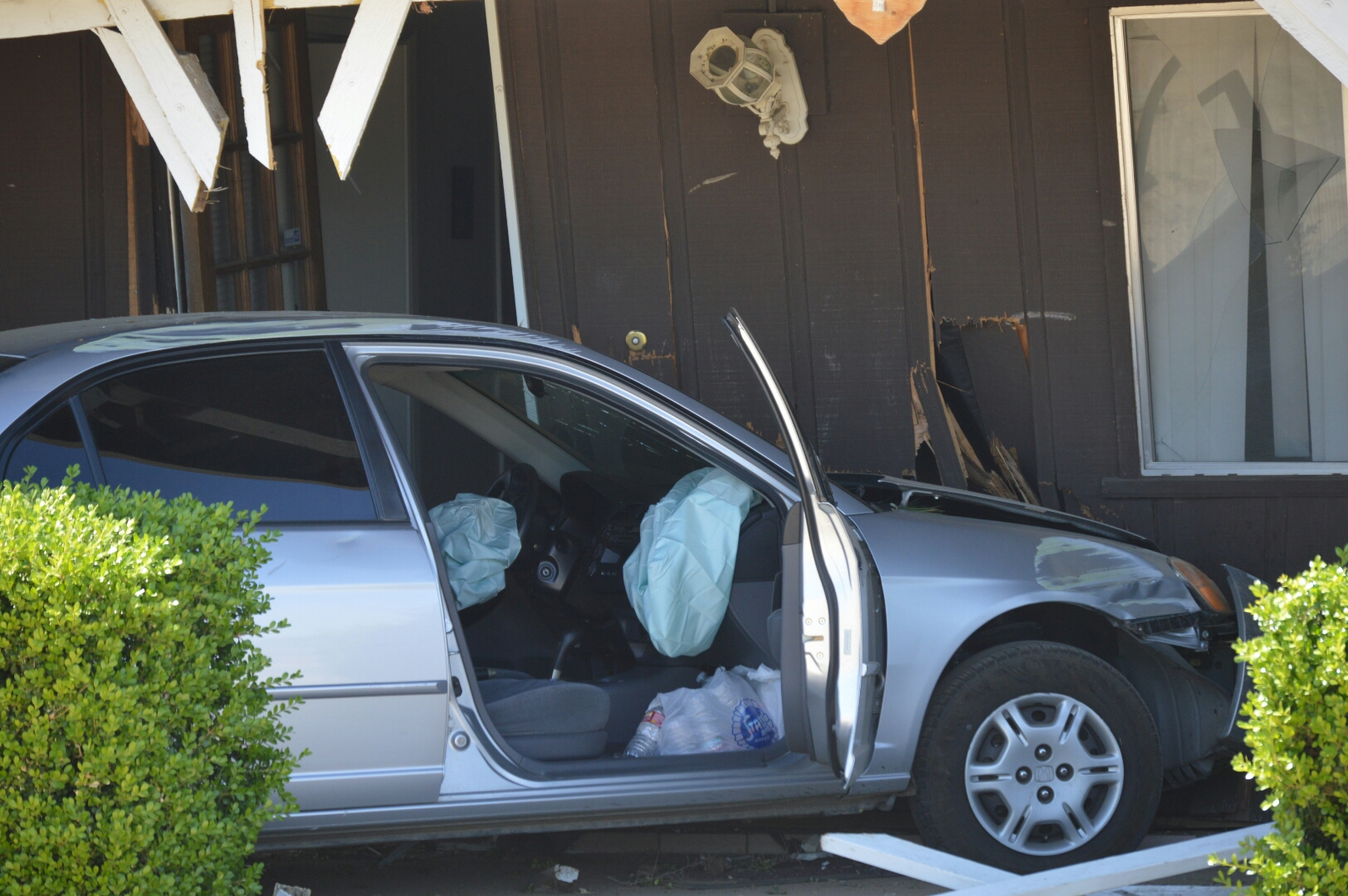 HESPERIA:(VVNG.com)- A vehicle driven by an elderly female crashed into a home along the 15200 block of Main Street near Balsam Avenue. The two-vehicle traffic collision was reported on Sunday, April 12, 2015 at 10:40 A.M., after the crash one of the vehicles ended up going through the wall of a residence.

Kayla Sanchez, told Victor Valley News, her parents were not home at the time of the crash. However, her 22-year-old brother was inside the home along with her 7-year-old son. When the car crashed through the living room they were in the rear of the house and not injured.

According to initial reports, an elderly female, driving a silver Honda Civic collided into another vehicle. The Honda went through a chain linked fence on the property and ultimately crashed into the residence. The impact caused the airbags in the Honda to deploy.

Code enforcement was requested to assess the damage and check the foundation of the house.

“The house was deemed uninhabitable and my parents don’t have a home to come home too. Thankfully she’s ok (the elderly driver), my son’s ok and my brother is ok. The other car all of the occupants are ok. They were also carrying a child in the vehicle,” stated Kayla.

At this time the cause of the accident is under investigation.