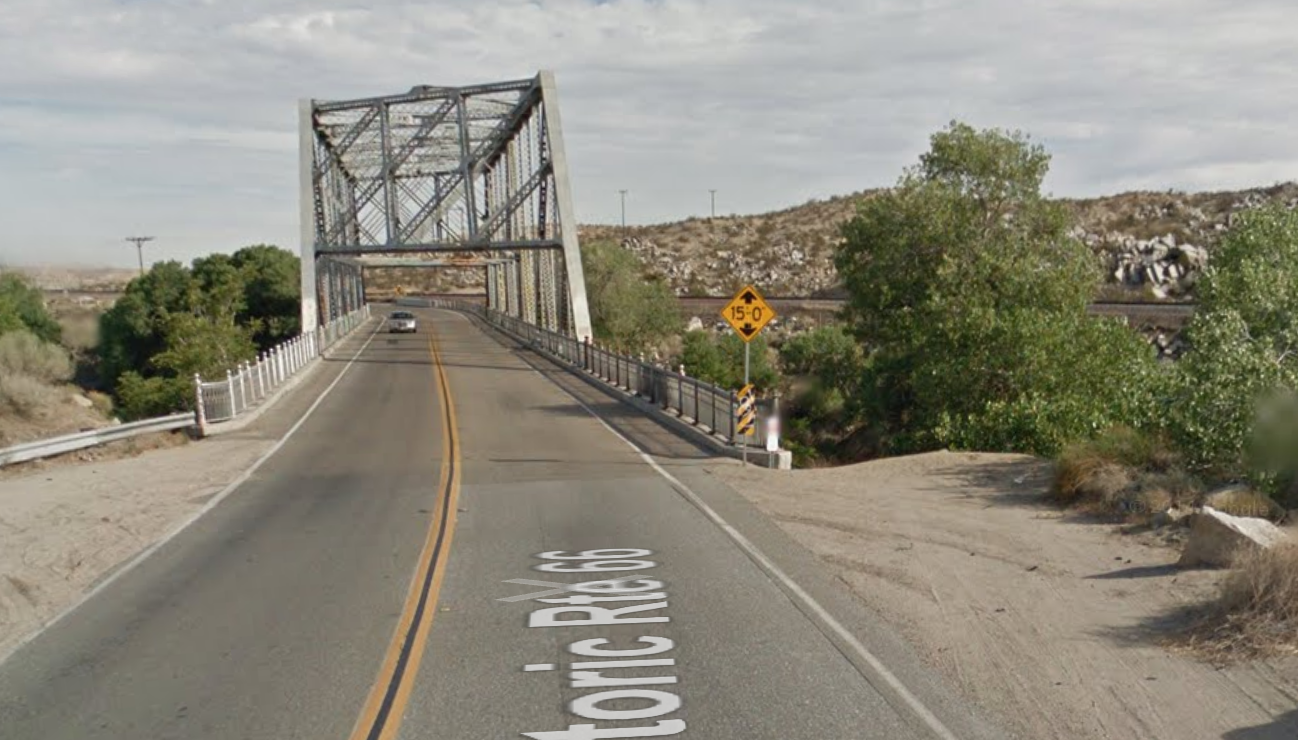 VICTORVILLE:(VVNG.com)- At approximately 11:16 P.M., on Sunday, January 25, dispatch received reports that a black Ford Ranger had gone off a bridge. According to authorities, the vehicle was traveling northbound on National Trails Highway from Victorville into Oro Grande.

As the vehicle approached the Iron Bridge located near Rock View Nature Park, for unknown reasons the vehicle left the roadway and went 40 feet down an embankment. Eventually landing upside down in the Mojave River bed.

Per scanner traffic, the driver described as a 35-year-old male, was seriously injured in the collision. He managed to walk back up to the roadway where passing vehicles found the bloody man.

The unidentified male was transported by ground ambulance to Victor Valley Global Medical Center. From there he was airlifted to an out of area trauma hospital.

His current condition was not available but he is expected to survive. No other occupants were in the vehicle.

Firefighters located the vehicle completely demolished in the river bed. Due to the difficult terrain the vehicle was removed at daylight the following morning.

No other vehicles were involved in the collision. At this time the exact cause of the accident in under investigation.

More details will be updated as information is made available.