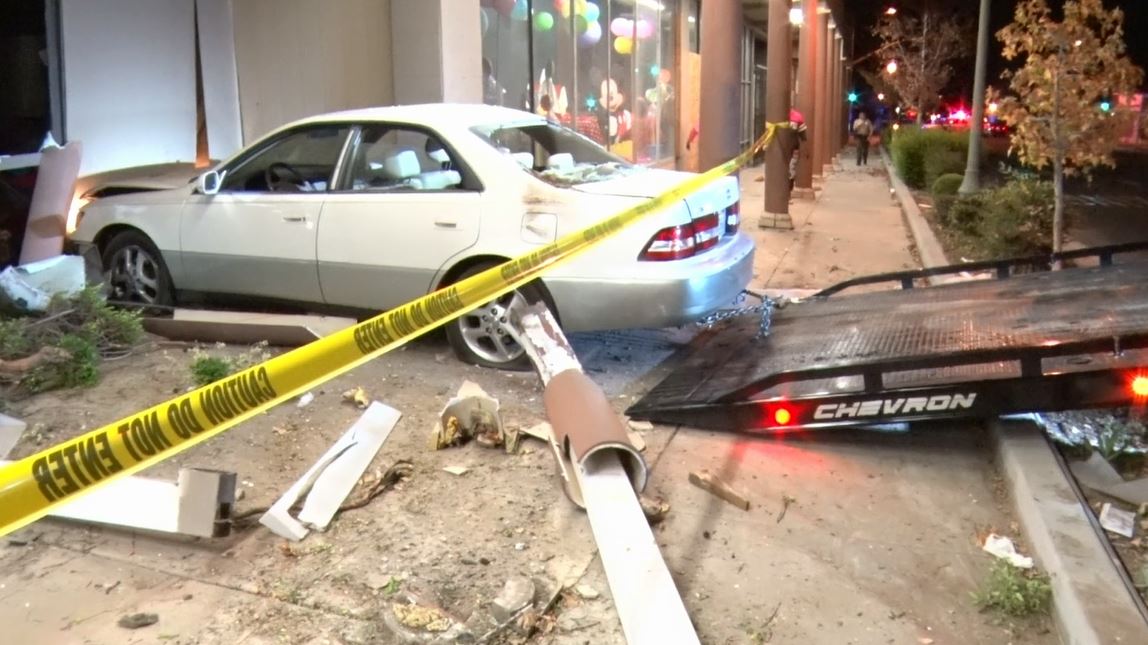 VICTORVILLE, Calif. (VVNG.com) The driver of a vehicle fled the scene after crashing into a building in old town Victorville Wednesday night.

It happened at about 10:00 p.m. when a white Lexus sedan traveling northbound on 7th Street lost control and crashed into a building along the 15500 block of 7th Street.

Based on preliminary information, the vehicle crossed over oncoming traffic lanes, jumped a curb with shrubs, and took out a support pillar before crashing into the front of the building.

A San Bernardino County Sheriff’s helicopter responded and assisted ground officers with the search for the suspect. As of now, it’s unknown if any arrest have been made.

Additional information will be updated as it is received. 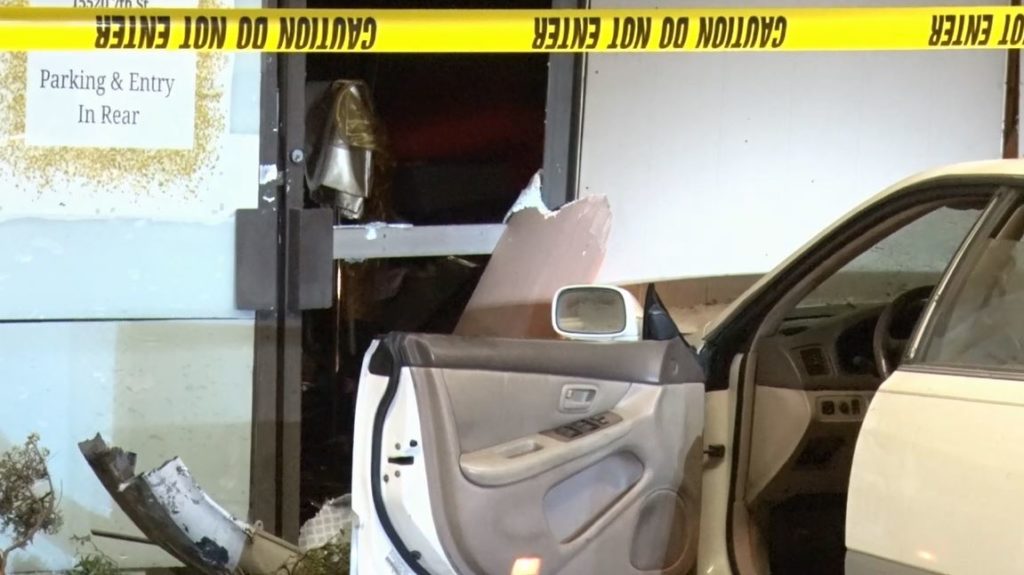 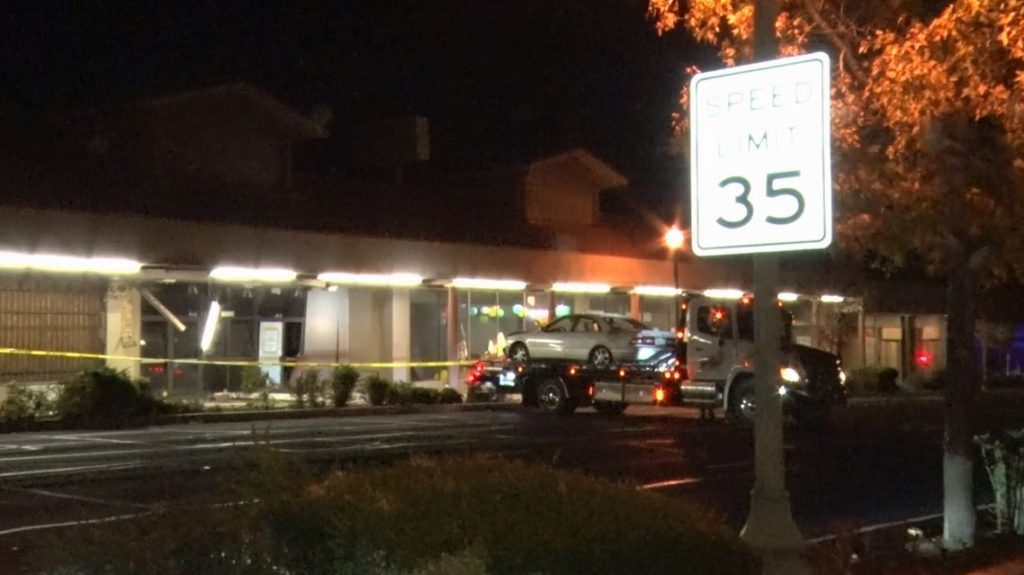