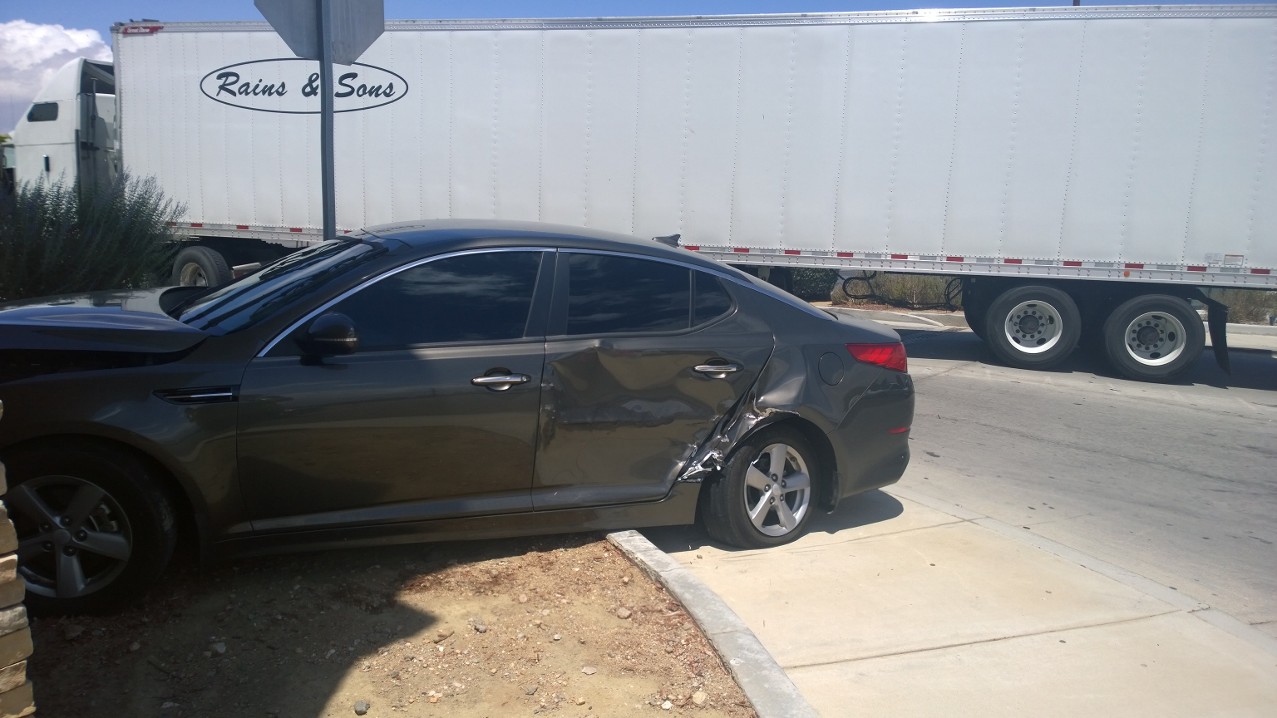 VICTORVILLE-(VVNG.com):  On Thursday, May 14, 2015 just after 12:00 P.M., dispatch received a report of a Semi vs. a vehicle in front of the Walmart on Amargosa Road in Victorville.

The traffic collision occurred as the semi headed southbound on Amargosa Road and went into the #1 lane in order to turn into the entrance between Pancho Villa’s restaurant and Sonic Drive-In.

The semi, according to the San Bernardino County Sheriff’s Department spokesman, Sgt. Zour, hit the back of the quarter panel of the Kia Optima sending the vehicle into the wall.

There were no injuries as a result of the collusion, a one year old child was transported by ground ambulance to a local hospital as a precaution.